The European Commission proposes to ban products from disposable plastic. 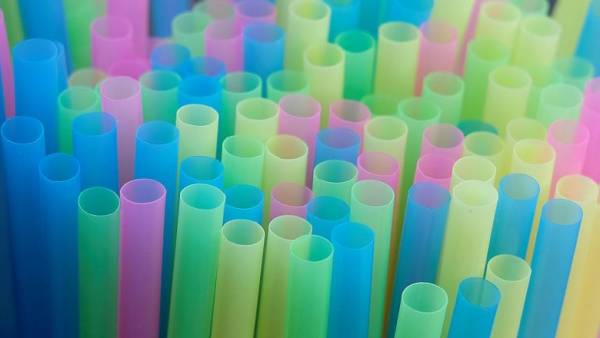 The Commission upheld the ban on the use of straws for cocktails, disposable tableware and other products from disposable plastic. This and other measures aimed at pollution prevention. In Russia we are also working on initiatives to reduce plastic waste: move to a policy of prohibitions of its turnover officials are not yet ready. The Ministry of natural resources while talking about the possibility of restricting the circulation of plastic in the Baikal and Sochi, and also pay attention to the action in Russia similar to the European mechanism requiring manufacturers to recycle products and packaging.

The European Commission has approved a ban on the use of a range of products from disposable plastic. The ban applies to products where there are alternatives on the market — in particular, disposable glassware, cocktail straws and q-tips. Restrictions on traffic will affect, for example, plastic containers for food for them and some other products the requirement for significant reductions in consumption, including through a ban on the free distribution of. Also we are talking about the introduction of extended producer responsibility for cigarette filters and the marking of a range of plastic goods, emphasizing the harm to the environment if not properly disposed of.

The initiative is aimed at prevention and reduction of marine debris, the share of plastics which is up to 85%.

The plastic pollution of the seas and creates economic opportunities, the authors note: we are talking about compliance with the principles of the circular economy, involving the circulation of materials. In the future European Commission proposals must be submitted for approval to EU member States and the European Parliament.

Independent expert in the field of sustainable development and circular economy Maria Zhevlakov notes that the proposals of the European Commission — part of system of measures for the transition to a circular economy. According to her, one of the obstacles to the involvement of plastic in cyclic production in a number of countries, including in Russia — the distorted interpretation of the concept of “waste”.

If in law it was determined that plastic is not waste, and circulating a raw material or resource that the company could share them, trade, use in production processes without the risk of breaking the law.Maria Replacepart

Alexander Ivannikov of the “Greenpeace Russia” considers that “development in Russia of a bill regulating the reduction of single use plastic bags and products, will allow to solve the garbage crisis.” Love Melenevska of Association “Industry for the environment” (Rospec) believes that in Russia too early to talk about the need to move to restrict the flow of plastic, as the country only started to operate a duty of manufacturers to dispose of products and packaging under the expanded responsibility.

In Russia, about plastic pollution in 2017, said the President’s special representative for environmental issues, transport and environment Sergei Ivanov. He instructed the Ministry of industry and trade to study the question of “the production of paper bags and use them in stores along with the plastic” which “decompose 300 years.” The Ministry then said it was impossible to exclude from the turnover of plastic bags.