Moscow. May 28. INTERFAX.RU — salmon farm, located near the city of Poti, found Navy seal Mike, who escaped two years ago from Anapa Dolphinarium, according to Georgian media, citing the head of the Department of fisheries and Black sea monitoring of the National Agency of environment of Georgia Archil, Guchmanidze. 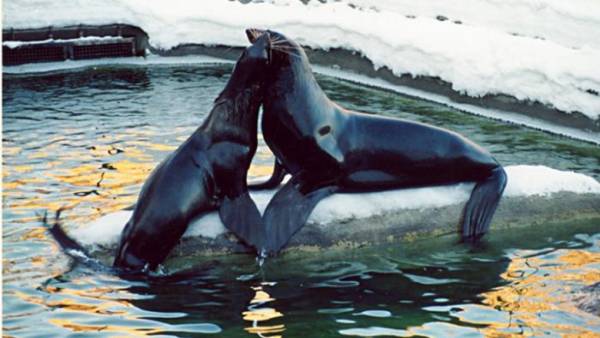 The head of the Department I am sure that this is the trained Navy seal Mike, who in the winter of 2016 during the storm, escaped from a Dolphinarium in Anapa.

According to him, the then management of the Dolphinarium worried that the kitten is still too young to survive in the open sea. It was noted that the animal is very friendly and harmless.

As it turned out, a seal quite accustomed to the Black sea — at first he was caught off the coast of Abkhazia was held in Pitsunda. Then he escaped from there.

Guchmanidze, argues that in the Black sea the species lives only monk seal. And this Navy seal, which the fishermen found in Poti, a very different kind. To examine it, the Agency equips the other day a special expedition in Poti.

Last time in the Black sea, scientists have recorded the appearance of the seal in 1936.