Barrels of contention. What will happen to the ruble because of the conflict between Iran and Israel

Increased confrontation in the middle East will push oil prices up, followed by a stronger ruble. But to what extent? 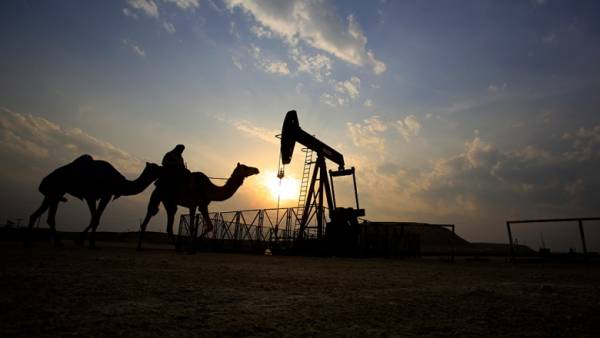 The last month of spring again showed how much the oil prices depend on geopolitical situation. The US withdrawal from the Iranian nuclear agreement has launched a new rally in the market, allowing prices to reach a new three-year highs in the $80 per barrel. However, in our opinion, the current increase in oil prices contributes not only to the renewal of us sanctions against Iran, but a significant deterioration in Israeli-Iranian relations.

Both sides have an impressive history of conflict. So, in April, the collision of the Iranian and Israeli militarized groups significantly increased, moreover, both sides of the conflict for the first time acknowledged the existence of victims who died in these collisions.

This time, according to analysts of Binbanka, the confrontation of Israel and Iran is long-term and can have a significant impact on the oil market in the future. For such fears there are serious preconditions. First, the current tensions in Israeli-Iranian relations is compounded by the influence of the strongest player in the oil market — Saudi Arabia.

On the one hand, the weakening of the Tehran beneficial to the Saudis from an economic point of view: Saudi Arabia and Iran are the countries-participants of the transaction OPEC+, however, their targets are the cost of raw materials vary, the Saudis plead for oil above $70 per barrel, while Iran is the optimum price level near $60.

As a result, the weakening Iranian oil exports due to sanctions, and possible future military confrontations, is a powerful stimulus for the growth of oil prices, which fully complies with the Saudi strategy.

On the other hand, Saudi Arabia is a tacit ally of Israel in the Palestinian conflict, providing substantive support to the opposition grouping “Hezbollah”, which takes an active part in the Palestinian and Yemeni conflicts. The financing of this group in de facto Iran, which in turn determines the juxtaposition of Saud-Israeli Alliance and the Iranian side.

Secondly, the tensions of the Israeli-Iranian relations are constantly stimulated by U.S. actions, which in turn support Israel. One example of such impact on the relationship between the parties to the conflict to consider moving the us Embassy from tel Aviv to Jerusalem with recognition of the latter the capital of the country. Such steps from the White House caused a wave of protests in the Palestinian region, which automatically leads to outrage from Tehran and new claims against Israel.

It should also be noted that current geopolitical situation in the middle East puts US in an extremely advantageous position in the oil market. The U.S. oil industry now has every opportunity to progress to a dominant position in the energy market, which is one of the strategic goals of the US government.

Thus, we believe that in the future all of 2018 in the oil market will be present the risk of new exacerbations between Israel and Iran.

One of the scenarios sees the transition to active military confrontation between countries in the Syrian region. We also do not exclude “indirect” participation in this conflict, the Saudi side. The reaction of market participants on the realization of such a scenario in one form or another, seems clear — the speculative mood of investors corresponding to such a turbulent geopolitical backdrop in the middle East, will allow oil prices to settle above $80 by moving further to around $90 per barrel.