MOSCOW, may 28 — RIA Novosti. The Moscow city court on June 4 will announce the verdict to Ukrainian Roman Sushchenko, accused of spying, said his lawyer mark Feigin. 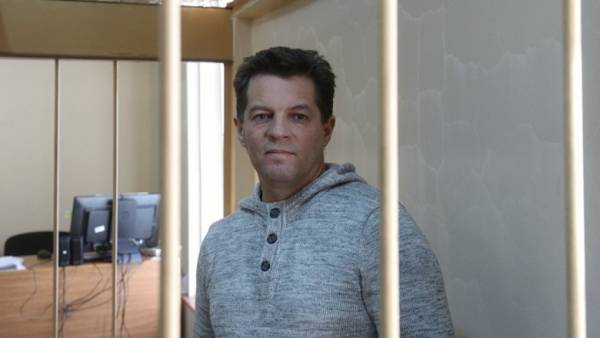 “The verdict against Sushchenko will be announced on 4 June,” — said Feigin.

Earlier, the Prosecutor asked for a citizen of Ukraine 14 years in prison.

The hearing was held behind closed doors because the case is marked “classified”.

FSB of Russia on 3 October 2016, reported the arrest of an employee of the main intelligence Directorate of the defense Ministry of Ukraine Sushchenko, which, according to Russian intelligence services, collecting sensitive information about the activities of the Russian armed forces and Regardie.

Ukrainian national Agency “UKRINFORM” said Sushchenko since 2002 is its correspondent. In “UKRINFORM” rejected the accusations of spying and said that the journalist is on vacation and has arrived to Moscow for personal reasons. The Russian foreign Ministry said that Sushchenko was not applied to the Ministry for accreditation of journalists. The guilt, the citizen of Ukraine does not recognize.