ROME, may 27 — RIA Novosti. Alexander Logunov. The President of Italy Sergio Mattarella confirmed that the government project, which provided him with a mandate for its formation by the lawyer, Giuseppe Conte, he was not satisfied with the candidacy of the Minister of economy. 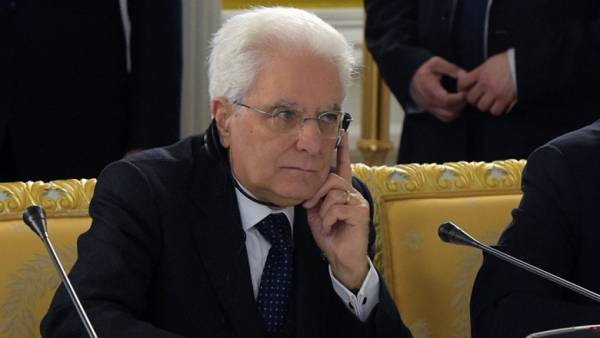 “Nobody can claim that I prevented the formation of the government, which was to become the government change. On the contrary, I accompanied these attempts, in accordance with the Constitution,” said Mattarella, whose performance was broadcast live on TV channel Rainews24.

Earlier, the lawyer Giuseppe Conte, who Mattarella asked to form a national government and provide a list of Ministers has given the President the mandate. Fatal obstacle to the formation of the new government of Italy was the candidacy of the Minister of economy. The party “League”, which together with the “Movement 5 stars” nominated Conte as Prime Minister, insisted on the figure 81-year-old economist Paolo Savona that does not accept Mattarella because of its “anti-European” position.

“I have received and approved all of the proposals except for the Minister of the economy. This position is an immediate alarm or confidence for economic operators… I asked for credible political representative of the majority, but regret to have fixed the lack of other solutions,” said Mattarella.

According to him, he could not allow the figure of the Minister of economy was threatened by the presence of Italy in the Euro area, and the whole situation provided a “specific risks for our citizens and families.”