The Director of the Bolshoi theatre and Olympic Champions asked the Tver court of Moscow not to extend the arrest of the owner of the group of companies “Amount” Ziyavudin Magomedov. About it reports “Interfax” with reference to the statement of the lawyer Magomedova Mary Belyavskaya. 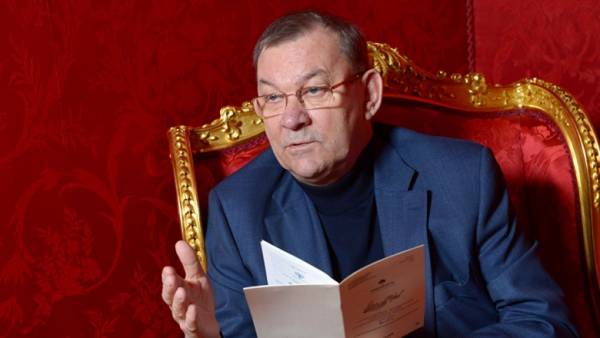 “Please attach a letter from the Director of the Bolshoi theatre in the Tver court of Moscow, he asks not to elect such a strict preventive measure to Ziyavudin Magomedov, who is a member of the Board of Trustees theater and in cash which was recovered wall of the theater,” said Belyavskaya during the court session, which discusses the extension of the arrest of the entrepreneur.

On the website Bolshoi theatre confirmed that the businessman is included in its Board of Trustees. The report notes that the group “Amount”, “achieved a substantial increase in the pace of work” on the reconstruction of the theater began in 2005, a Group of Magomedov, who joined the project in July 2009, becoming the owner of a controlling interest of a General contractor.

Lawyers of the businessman presented to the court a similar letter from the State Museum of fine arts. Pushkin, the Russian state library and other institutions whose projects were financed by the billionaire. His fortune Forbes estimates at $1.2 billion.

Belyavskaya said that 22 of the Olympic champion also asked the court not to imprison a businessman. “They describe him as an exceptionally decent person who has put in the sport the funds allowed to be athletes and to take first place at competitions in many types of martial arts”, — said the lawyer. According to the Agency urban news “Moscow” in support of the businessman was made, in particular, the Russian mixed martial arts fighter Habib Nurmagomedov.

Ziyavudin Magomedov and his brother Magomed Magomedov are accused of creation of criminal community, particularly major embezzlement and embezzlement. Investigators are asked to leave them in custody until 5 August — the same time extended the period of investigation, said the Agency.