The Austrian Chancellor called the US “increasingly unreliable” 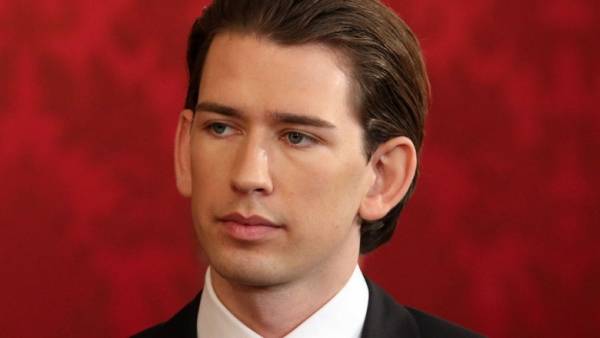 The United States is becoming an increasingly unreliable partner for the European Union. This was stated by the Chancellor of Austria Sebastian Kurz in an interview with the Financial Times. According to him, for Europe the most important thing is to remain United. Commented politician and Britain’s decision on withdrawal from the EU.

“The U.S. is becoming more and more unreliable for us. The most important thing is that Europe must stay United,” said Kurtz in an interview.

The Chancellor believes that the European Union will not be able to resolve the crises in Ukraine and Syria without establishing ties with Russia and the United States. However, he advocated the establishment of contacts with Moscow, declaring that Austria “has good relations with Russia.”

We will not be able alone to resolve the situation with the crisis in Ukraine and Syria. We will succeed only if we find a way to work together with the US and Russia, so I think it’s good for the EU, if countries like Austria — which has always advocated the establishment of contacts — have a good relationship with Russia.Sebastian Mercantile Austria

In the publication there is an independent policy, which the Chancellor builds on the Russian direction. This, in particular, shows planned for June of this year, the visit of Russian President Vladimir Putin to Vienna. Austria retains this country’s neutrality in the dominant anti-Russian agenda in the West, concludes the Financial Times.

In addition, in an interview with the politician commented on the decision of the UK to secede from the Union. In his opinion, Brexit — “a terrible decision” and “main cause” of his decision was the issue of migrants in the EU.

Federal Chancellor of Austria Sebastian Kurz visited Russia with official visit in February this year. During the meeting with Russian President Vladimir Putin, he discussed the situation in Ukraine and in Syria, economic ties between the countries, deliveries of Russian gas and sanctions. Media noted that in contrast to a number of similar meetings with other Western leaders at this time in the Kremlin have not heard of harsh words and accusations. Among the leaders held a calm business-like conversation parties interested in maintaining fruitful dialogue.