The attack on the masterpiece: “affected” Ivan the terrible?

The painting was damaged by a resident of Voronezh, who was in a drunken state. Why this picture has on people is the impact? 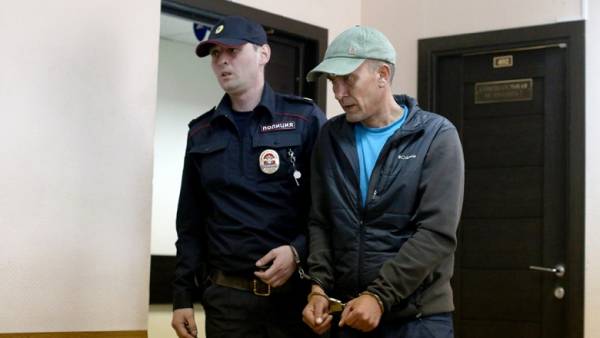 The evening of may 27, almost before closing of the Tretyakov gallery, one of the visitors has damaged the painting by Ilya Repin “Ivan the terrible and his son Ivan”. It is also called “Ivan the terrible kills his son”. The drunk inhabitant of Voronezh Igor Podporin banged on a masterpiece metal bar of the fence, smashed the glass that protected the picture.

The shards broke through the canvas to the figure of the Prince. The most precious image of the face of the king and his son were not injured. The restorers say that the masterpiece saved special dense Repin canvas. However, the restoration of the painting will cost half a million rubles.

Around this masterpiece of Repin has always been a lot of heated debate. It was called the pinnacle of artistic talent and at the same time was blamed for the historical discrepancy. The plot revolves around a version of Nikolai Karamzin about the fact that Ivan killed his son. He allegedly hit him with a stick in the head. But it only the version.

Repin’s painting — a work of fiction. He showed the tragedy of the father and the son, almost animal terror in the eyes of the king and escaping from his chest Creek. The masterpiece was written for the 300th anniversary of the death of Ivan the terrible and immediately banned by Alexander III, said the artist, Chairman of the Center for graphic arts, the main specialist of Museum-estate “Ostafyevo” Anatoly Gostev.

Most likely, in this picture contemporaries saw two of Russia — dead and bloody. And, in fact, saw a future enlightenment, which occurred fairly quickly after the picture was painted. I think most true this picture of his contemporaries embraced Tolstoy, because he is talking about antiistamine picture, its psychological content.Anatoly Gostev artist

One hundred years later, the controversy surrounding the masterpiece of Repin and his character the same: who he is — a tyrant or one of the greatest rulers? In 2016, the eagle opened Russia’s first monument to Ivan the terrible. The installation of the monument was accompanied by protests and demands to abandon the idea.

At the same time, members of the Patriotic movement “Holy Russia” has addressed in the Ministry of culture and the Tretyakov gallery with a demand to remove from the exhibition Repin. According to them, it distorts history and offends the ruler.