Sociologists have found out what the Russians imagine the French

MOSCOW, may 28 — RIA Novosti. About 92% of Russians imagine the French pleasant, 91% friendly 90% — romantic, according to a survey by the all-Russia centre of studying of public opinion (VTSIOM) at the disposal of RIA Novosti. 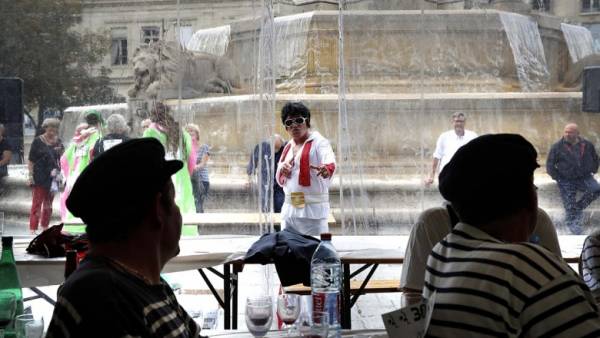 Approximately 70% of respondents felt the French hard-working, and 67% — disciplined. Another 35% said they were arrogant.

In General, the Russians have formed a rather good attitude to France — so the question sociologists responded 72%, only 3% of respondents called their relationship “very bad”.

Trust refers to France 46%, 31%, and 26% of it is curiosity. The French are generally rather like 77% of Russians do not like 3%. “However, there is a feeling of lack of information: 71% characterize the level of their awareness about the country and its people as bad/very bad”, — stated in the materials research VTSIOM.

On the question of what the relations between Russia and France, 50% of respondents said that rather good, while 42% rather bad.

Furthermore, 51% felt that in the coming years the relationship will improve, while 13% expect deterioration, 36% believe that the relations will remain the same.

According to the sociologists, 55% of Russians believe that the country is “very important” to strengthen ties in security, 49% — in the field of climate change and environmental protection, and 47% think it is very important to strengthen political relations between the two countries. 46% of Russians called an important strengthening of cultural ties, economic relations, cooperation in sports and new technologies. For 48% important travel links.

The poll commissioned by the MGIMO (U) MFA of Russia from 23 to 27 April. Telephone interviews were conducted with 1.6 thousand adult Russians. The maximum size of the error does not exceed 2.2%.