MOSCOW, may 28 — RIA Novosti. Warsaw is willing to pay $ 2 billion for the creation on the Polish territory a permanent U.S. military base, according to the publication Politico, citing documents of the Ministry of defence of Poland. 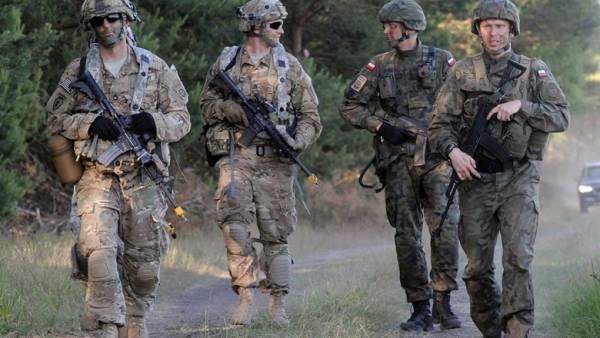 “This proposal outlines a clear and urgent need for a permanent military division of the United States in Poland, the obligation of Poland to provide significant support which can reach 1.5−2 billion dollars, by creating a joint military facilities and provide more flexible movement of forces of the USA”, — stated in the documents.

States that Poland is ready “to share the burden of defense spending and make the decision more profitable for the U.S. government.”

As writes the edition, the documents contains information about the possible location of military facilities and hospitals as well as schools, sports halls for staff and their families. The proposal was referred to the administration and the U.S. Congress.