In the Federation Council responded to the plan of Kiev “destruction of Russia” MOSCOW, may 27 — RIA Novosti. Member of the Federation Council Committee on international Affairs Sergei Tsekov commented on the statement by the Deputy Minister on the issues of the temporarily occupied territories and internally displaced persons of Ukraine Grigory tuks on the “destruction of Russia” with sanctions. Tuck drew a parallel between today’s Russia and the Soviet Union. In his opinion, the Soviet Union was destroyed by the sanctions way, “without firing a shot”. Commenting on these words Tsekov noted that the reason for the collapse of the Soviet Union — not the sanctions, and the lack of consolidation of the society. Russia, by contrast, are United against an external pressure. “Yes, sanctions are bad, but that we for four years have demonstrated to the world that with them very successfully, rebuild the economy and move

END_OF_DOCUMENT_TOKEN_TO_BE_REPLACED 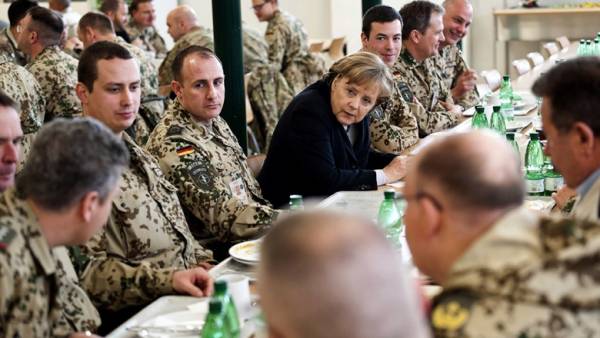 “Worse than ever”: Bild told about the sorry state of the Bundeswehr MOSCOW, may 27 — RIA Novosti. The Bundeswehr is in poor condition, writes Bild, citing a report by the Federal audit chamber of Germany. It is noted that the Agency was accused defense Minister Ursula von der Leyen in concealing the faults of military equipment and “embellishment statistics”. According to the document, the statement of the Minister about the “readiness” of ships and planes often do not correspond to reality. The newspaper reminds that last year no one German submarine was not fit for use. In addition, would have used less than half of the frigates, less than half tanks and only every third combat helicopter. “Official statistics on combat readiness of the Bundeswehr already looked worse. And now it turns out that it’s not all”, — notes the edition. The report of the Federal audit chamber of