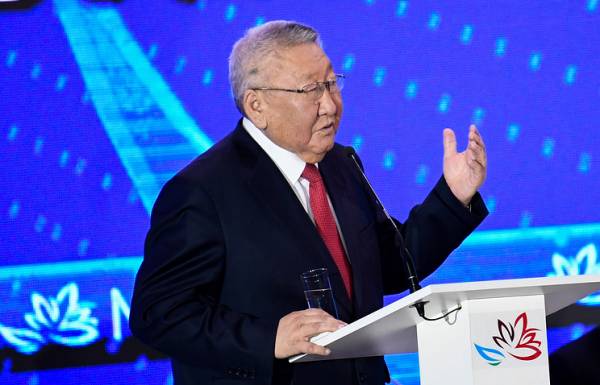 63-year-old Yegor Borisov, Yakutia headed for almost eight years — from September 2010. He began his career as a mechanic-repairman in his native Churapchinsky district, since 1991, he held various senior posts at Republican level. In 1997, resigned from the government and for five years headed the Yakut research Institute of agriculture.

Returned to the regional Cabinet in 2002, was the first Deputy Chairman of the government, from 2003 to 2010 he held the post of Prime Minister of Yakutia. The head of the region was approved in 2010. In this post, Borisov was replaced prematurely resign Vyacheslav Shtyrov, who went to the Federation Council. In 2014, a year before the expiration of the term, Borisov went to early elections and gained more than 58% of the vote.

Borisov had significant managerial experience, satisfied Federal and local elites, says head of Department of history, social science and political science North-Eastern Federal University Olga Parfenova. “When Yegor Afanasyevich significantly increased the standard of living. He was with us in the difficult period — it is possible to tell, has experienced two economic crisis. It was a figure that suited the Federal government, large companies, local elites and political parties. He successfully kept his balance,” — said the expert.

Vice-speaker of the Parliament of Yakutia Olga Balakina notes that Borisov at the head of the region continued the policy of his predecessors. “For the Yakut authorities characterized the political and economic continuity. I think that the choice of the new head it will be one of the factors,” said Balakina.

Egor Borisov held a successful lobbying policy, said the candidate of political Sciences, the senior teacher of historical faculty of the North-Eastern Federal University Nurgun Grigoriev. “The Republic of Sakha (Yakutia) is implementing a joint regional policy with the Federal center for development of Far East regions. Large investment projects (the Torah, the “Power of Siberia”), there is a growth of investments and General level of socio-economic development,” he said.