In the Bank “Monolith” was a crack in six billion

Embezzlement accused former Board Chairman and his first Deputy. 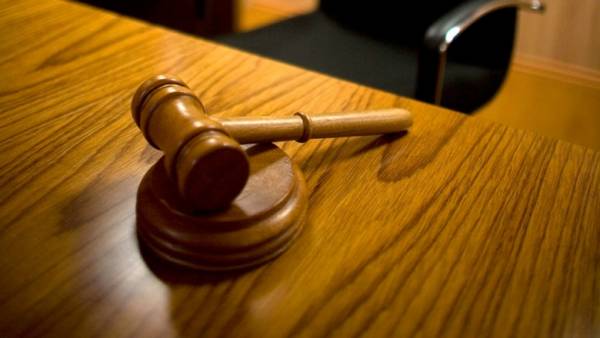 As it became known “Kommersant”, the prosecution got the former management of the Bank “Monolith”, a member of the Board of Directors who was a prominent lawyer and businessman Dmitry Yakubovsky. Former Chairman of the Board of this credit institution Alexander Danilin taken into custody, and his first Deputy Andrei Ikramov under house arrest. The consequence incriminates them, as well as a number of defendants who are under house arrest, theft from the “Monolith” more than 6.4 billion.

To attract the attention of law enforcement officials to the theft of the “Monolith” at least 6.4 billion rubles. the Agency on insurance of contributions (ASV) has been trying since may 2014, i.e. within two months after the credit institution has revoked the license.

It happened in and because of the fact that the cast was “involved in conducting suspicious transactions in cash and cashless forms”, total volume of which in 2013 amounted to 9 billion rubles To date, the Bank owes the customer approximately 8.7 billion.

Checking the actions of the bankers, investigators forwarded the materials to the Investigative Committee of Russia (TFR) for the Central district of Moscow, which saw in the actions of the management “Monolith” signs of especially large fraud (part 4 of article 159 of the criminal code). The first involved in the investigation are former Chairman of the Board of this credit institution Alexander Danilin and his first Deputy Andrei Ikramov. Recently, the consequence petitioned before court for election concerning both measure.

According to the investigation, from 2012 to 2014 the management “Monolith” issued unsecured loans amounting to 6.4 billion RUB of nearly a hundred commercial structures. Among them were, for example, OOO “Kalipso”, “Balticom”, “Lagi”, “Teplogarant”, “Megabit” and many others. The financial and economic activity were only a few of them. During the investigation it was established that the majority of borrowers was absent at the addresses provided as the location registration, does not have the staff, and their leadership was part of one and the same person. The investigation drew attention to the fact that 60 of the 70 firms stopped servicing the debt in interest since February 2014, i.e. a month before the withdrawal of the “Monolith” of the license.

Proof of the guilt of the bankers, according to law enforcement officers, was transferred to the DIA and the detectives documentation.

From it, in particular, showed that the loans were granted not only to companies whose financial condition was assessed as poor, but even those who did not provided in the Bank file.

They all as he approached the maturity of the loan, the “Monolith” has prolonged them automatically. Interestingly, the two borrower — LLC “ITERA” and “Aesthetics” — the loans were issued platinum bullion without any liquid collateral.

Note also that in February of this year the Arbitration court of Moscow partially satisfied the claim of the bankruptcy administrator of the Bank “Monolith” of bringing to vicarious liability of former managers of the credit institution at 6.4 billion roubles. However, according to the decision of the court of the seven ex-bankers, which were stated requirements, solidarity will have to answer only to Alexander Danilin and Andrei Surat Ikramov. Obviously, in their case, the arbitration decision also became evidence in a criminal case.

Note that a member of the Board of Bank “Monolith” from April 2012 to January 2013, was a prominent lawyer and businessman Dmitry Yakubovsky. However, to him, according to “Kommersant”, the investigation of claims at the moment. They did not have and of the Moscow Arbitration court established that “any real solutions to manage the credit organization, he did not accept the documents on behalf of the Bank, including credit, did not sign”.