A child of the cold war: why did the writer Ian Fleming came up with 007

MOSCOW, may 28 — RIA Novosti, Anna kocharov. One hundred and ten years ago, on may 28, 1908, was born writer Ian Fleming, author of novels about James bond. Agent 007 made famous on the whole world of its Creator and brought good dividends to those who undertook the film adaptation of these stories. How did the spirit of the time in the legendary books and films — in the material RIA Novosti. 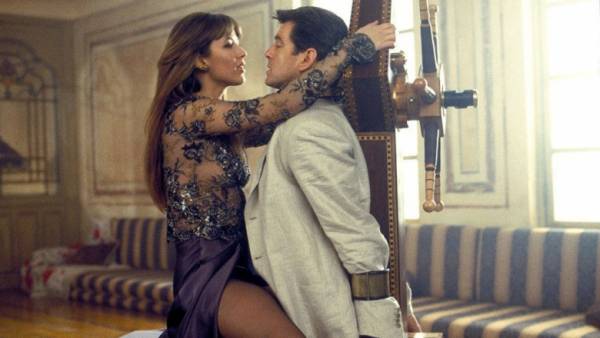 The first novel had been published in 1953, the film — in 1962. the writer’s Wife, Anne Rothermere-Fleming believed these books base the literature and called “creepy thrillers”. While the circulation and box-office takings from film adaptations are constantly growing.

Secret agent with a license to kill is one of the most popular characters of mass culture in the second half of the twentieth century. His catchphrase “my name is bond, James bond” or “shaken, not stirred” everyone knows.

James bond is not only iconic for fans of the character, but the object of serious studies of literary critics and film critics. Even the death of Fleming’s James bond broke. It seems that the films with a new Bond will never end: 25-I picture due out in 2019.

The perfect British spy James bond reminds several people close to Ian Fleming in different years of life. Biographers believe he was off the 007 with colleagues Marvin Minchella and Peter Smithers, and an agent of British naval intelligence William Dunderdale. However, the prototype of a charismatic spy remains the Creator.

And Fleming, and his character — the Scots. The authors of the book “Sign 007: on secret service of Its Majesty” note that both served in naval intelligence, though late, unlike literary alter ego, Fleming worked for many years as a journalist. By the way, nice talking in Russian in the 1930s, twice visited the Soviet Union as a reporter. After the second trip, the newspaper “Pravda” called him a British spy.

With James bond Fleming brings many things, including appearance. Both are interested in exotic countries, love to play in a casino, prefer the same drinks and varieties of cigarettes.

In his novels, Ian Fleming showed the world a real English gentleman, as it is the mass consciousness. James bond invariably courteous and charming. Is in excellent physical shape. Always clean-shaven, perfectly groomed and elegantly dressed.