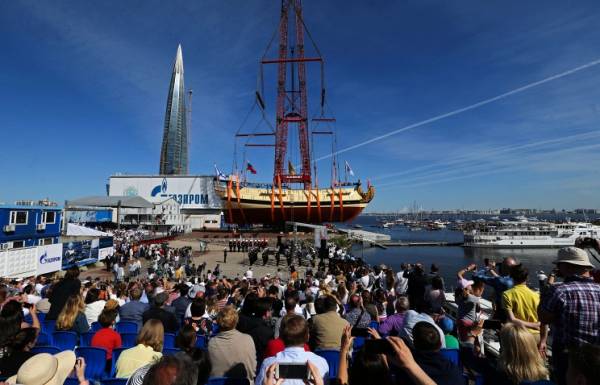 The launching of the replica of the ship “Poltava” in St. Petersburg

SAINT PETERSBURG, may 27. /TASS/. Sailboat to be built for the needs of the Navy of the Russian Federation according to the shipbuilding program until 2050 would be able to go, not only in seawater but also to go in the ocean swimming. This was told reporters Navy commander Vladimir Korolev after the ceremony launching the replica of the ship “Poltava” in St. Petersburg.

“The program until 2050 construction of this vessel is incorporated. This ship will be able to go in addition to sea areas, and even in the ocean with the purpose of the practice of students,” – said the commander in chief.

Korolev also noted that the aim is to use the tradition and experience of sailing and shipbuilding. At the same time commander did not specify the exact timing of any planned displacement of the vessel.