Prime Minister Shinzo Abe expects to resolve the issue of concluding a peace Treaty with Russia during the life of the current generation. He said this after talks with Vladimir Putin, reports RIA Novosti. 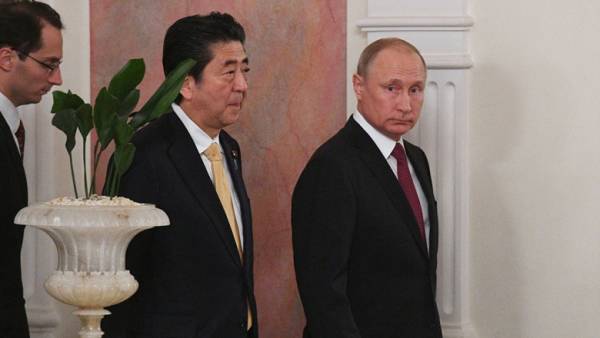 “The question of a peace Treaty is not signed for more than 70 years, is not easy to solve, but in our generation we want to put an end to this problem. This is the main objective of our plan,” said Abe.

Putin proposed to patiently look for a solution that meets the interests of Russia and Japan. Earlier, the Russian leader said that the peace agreement may be concluded through the conduct of joint economic activities on the Islands of the South Kuril Islands and with the development of bilateral relations.

The peace Treaty between Russia and Japan have not signed in for over 70 years. The conclusion of the Tokyo refers to the return of the Islands of Iturup, Kunashir, Shikotan and Habomai. Moscow believes that the Southern Kuril Islands became part of the Soviet Union at the end of the Second world war, and sovereignty over them is unquestionable.