Trump: the US is still discussing with North Korea the possibility of meeting

WASHINGTON, may 25. /TASS/. The US President Donald trump on Friday told reporters that his administration is in contact with the DPRK on the issue of holding a summit, he’s still willing to meet with leader Kim Jong-UN on 12 June. 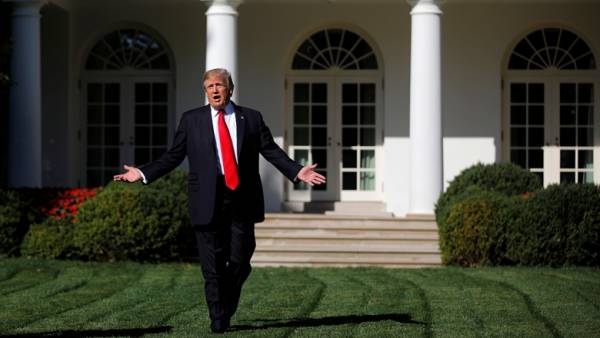 “Let’s see what will happen next. We’re talking with them. They really want that to happen, we would also like to do it,” he said before heading to Annapolis (Maryland). Quotes of trump the press pool of American leader.

Reporters asked him if Pyongyang game. “All play games. You know that better than anyone,” — said the head of state.

In addition, the American leader on his Twitter page accused his political opponents of the Democratic party that they do not want success at the talks between the DPRK and the United States.

“The Democrats clearly are against our negotiations with North Korea,” wrote trump.

The President also accused political opponents of the Democratic party that they are protecting the criminals from the group of MS-13, also known as Mara Salvatrucha, consisting of immigrants from Central America. In addition, trump caught the Democrats desire to raise taxes. “The Democrats lost contact with reality”, — concluded the President.

Democratic Senator Robert Menendez on Thursday criticized trump for the fact that their hasty consent to the summit, and then rejection of him had weakened and further isolated the United States.

Another Senator-Democrat Edward Markey said on Thursday that the administration trump missed a chance to develop peace agreements with the government of the DPRK, refusing planned for 12 June meeting with Kim Jong-UN.

On Thursday, trump advised DPRK leader Kim Jong-UN on the decision to refuse participation in the summit in Singapore on June 12. The head of the American administration, in fact, tried to impose on the DPRK the responsibility for the incident, citing bellicose statements by Pyongyang. But on Friday morning in his Twitter, he welcomed the “warm and productive” the statement made by the DPRK.