KEMEROVO, may 26 — RIA Novosti. The head of the Main Department of EMERCOM in Kemerovo oblast Alexander Mamontov, accused of negligence and embezzlement in the case of the fire in the shopping centre, “Winter cherry” has submitted the official report about dismissal. This was announced by the Prosecutor in court. 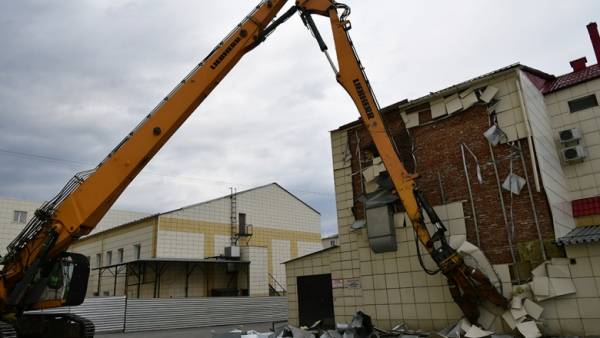 Today the Central district court of Kemerovo is considering the petition of the investigation about the election of mammoth measure. On the eve of the Investigative Committee said that he and the chief of Department of supervision of a regional Central Board of Grigoriy Terentyev criminal case. Both suspects were detained, accused of negligence and embezzlement.

According to investigators, Mammoths and Terentyev is not held within the established terms of compliance with fire safety requirements TC “Winter cherry”. In addition, mammoth is accused of abuse of office and embezzling more than 1.8 million rubles.

The number of victims of this fire has become one of the largest in Russia for centuries.

The investigation revealed that the shopping center was not working automatic fire alarm, and security guard did not include compulsory notification system emergency.

In a criminal case detained and arrested eight people, including owners and managers of the building, the security guard and responsible for the alarm.