Four hours before world war II. The New York Times told about the details of the battle for Deir-ez-Zor

The New York Times presented the first detailed description of events in the city of Deir-ez-Zor, which happened in February this year. Then the attack on the American oil refinery were killed about 300 Syrian soldiers, and those in the United States called “Russian mercenaries.” 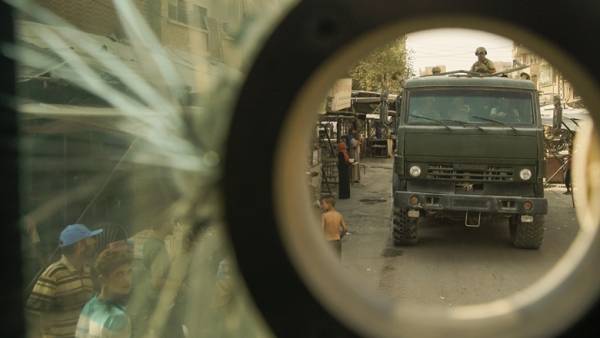 The operation itself, according to the US, lasted at least four hours, but experts called it the most dangerous confrontation for the time of the civil war in Syria, because “it was on a direct collision of the us military with Russian”.

According to the us military, who were interviewed by the NYT, a serious collision of the parties portended nothing. A group of US troops from the detachment of special purpose “Delta” of 30 people provided military support to Kurdish rebels and their Syrian allies in the area of the refinery Conoco.

A few dozen kilometers were a group of US Marines and a unit of “green berets”, which, according to the newspaper’s sources, gathered information, acquired with unmanned reconnaissance, and passed it to “Delta”. About three o’clock in the afternoon local time, the Americans are said the approach to the plant by Syrian forces. Towards evening on the outskirts of the plant were observed and 27 500 military tanks and infantry fighting vehicles. It was assumed that to respond to the attack, if followed, except were directly from the factory of the American forces and their allies will have a group of “green berets” of 16 people.

At 20:30 local time three T-72 tanks moved to a distance of just over a kilometer from the plant, to 22:00 the Americans spotted the movement of a column of tanks and infantry fighting vehicles. Half an hour later the attack began.

According to the documents obtained by this newspaper, and from conversations with participants of events, US troops came under a hail of fire from tank guns, heavy artillery and mortars. American special forces on fire did not answer, trying to hide behind earthen fortifications. At the same time they established telephone contact with the Russian military and tried to convince them to stop the attack. This attempt was unsuccessful. As later reported to Congress by the Minister of defence Jim Mathis, the Russian military clearly stated that neither the attack nor the attackers have nothing.

The command of Russian troops in Syria has assured us that it was not their people.Jim Metaminer of defense

After that, according to him, he gave orders to the Chairman of the joint chiefs of staff, General Joseph Dunford Jr. to destroy the attackers. “They were destroyed”, — he added.

It was already night, when the place of the battle began to gather American military aircraft. The air attacks went in waves. Reaper drones were replaced by multirole fighter F-22, their — F-15E. In the battle, according to the NYT, joined the B-52 bombers, aircraft fire support AC-130 and attack helicopters AH-64 “Apache”.

By one o’clock almost all air support for the defending Americans stopped: aircraft and helicopters, there was already no fuel, no missiles, no bombs. Ground forces total strength of 40 persons (to the soldiers “Delta” arrived, half a dozen Marines and green berets) began to repel the attack which lasted. In the course went the machine guns, grenade launchers. They managed to hold out until then, until he arrived new air support.