Exploding ants and hairy crabs: nature is richer than we thought

Scientists have only over the past year has registered several new species — found colony of exploding ants, have discovered a previously unknown species of shrimp, which was called Pink Floyd in bright red claw, and also recorded four types of miniature night frog, and a giant rat that can split coconuts. 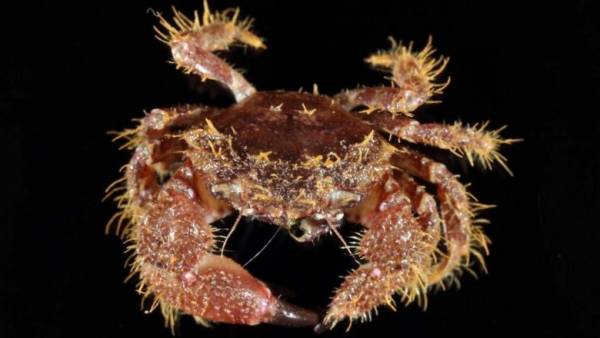 Biologists believe that the planet was many millions of yet undiscovered species, and urge people not to shun even the smallest organisms.

British naturalist and photographer Steve Trewhella hopes that scientists will be able to explain the origin of his latest finds.

Not long ago, a photographer found on the beach near Weymouth in Dorset tiny hairy crab, no more than 2 inches.

Crustaceans were inside the buoy from the foam, washed ashore after a storm. Probably for brought it from the Caribbean.

Trewhella already sent the find to the Museum of natural history for identification.

“Biologists are waiting for DNA samples obtained from other types of Caribbean hairy crabs, and to compare them with my findings. It’s not that fast,” says Trewhella.

On the Ground was not more than half a million species, although biologists believe that their number can reach up to 8.7 million.

Professor Peter Shaw deals with the registration of insects of species of springtails. He believes that Britain remains a lot of unexplored habitats for undiscovered species.

The biologists encourage anyone who wants to access a previously unknown species, pay attention to the small organisms to be detected which is not easy.

There are many microscopic creatures that go unreported simply because people are not interested in them. People tend to be interested in more attractive and large.Peter Shaw

As indicated by the Museum curator Max Barclay, about once every ten years in Britain find a new kind of bug.