The US is not interested in de-escalation of the situation around the DPRK, said in the Federation Council

The US is not strategically interested in easing tensions on the Korean Peninsula, said the Deputy head of the international Affairs Committee of the Federation Council, the parliamentary coordinator of the Eurasian dialogue Andrey Klimov Russian journalists in Tokyo. 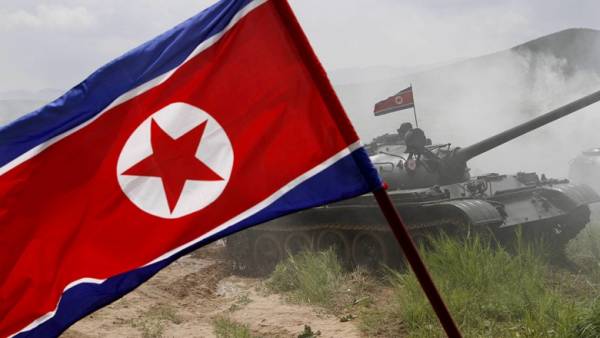 TOKYO, may 25 — RIA Novosti, Xenia Naka. The US President Donald trump on Thursday said in a letter to North Korean leader Kim Jong Ynu, he did not consider it expedient to hold a summit on June 12 in Singapore because of the recent “hostile” statements of the DPRK. Trump said that the summit would be cancelled, but emphasized that it would be ready to meet Kim Jong-UN in the future.

“If Seoul and Tokyo, all bets (against the DPRK — ed.) will do in Washington, it is unlikely that they will advance far. Because in Washington and in the global strategic plan were not interested (in improving relations with the DPRK — ed.) nothing to do with Obama, or to Obama, or now. Because any easing of tensions on the Korean Peninsula removes the motivation for the deployment of U.S. military bases in Japan and South Korea, and it lost the ability to control these bases with large area, namely Russia and China. In this respect, the case goes far beyond the Korean Peninsula,” — said Klimov.