Moscow. May 25. INTERFAX.RU Turkish airliner the day before went to an alternate aerodrome, after failing to land in Moscow airport “Zhukovsky” because of busy faulty military aircraft strip, said on Friday “Interfax” an informed source. 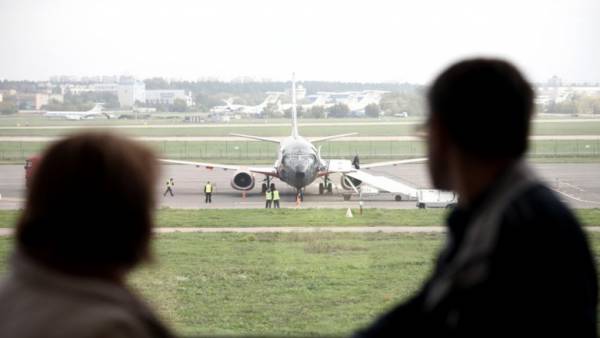 Take a Turkish Board agreed the Moscow airport “Domodedovo”. “The plane is full of passengers returning from Istanbul, was forced to make the maneuver and landed safely in “Domodedovo”, and then dropping off people after a while flew to Zhukovsky, but only after the runway was released from military aircraft,” — said the source.

Airport “Zhukovsky” is located on the territory of the airfield “Ramenskoye” and shares with him the runway.

The airfield “Ramenskoye” is used for test flights LII. Gromov and of the aircraft of EMERCOM of Russia and to the opening of the airport Zhukovsky was used in civil aviation as a cargo international airport.