The identified object. As neural networks to catch criminals and find out the owner 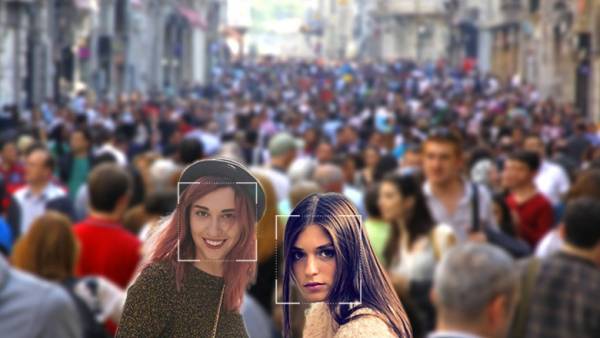 In China are implementing large-scale government security program based on the analysis of images from millions of surveillance cameras. Similar systems are testing the Moscow airports and the metro. RIA Novosti together with the experts tells how such systems are arranged and what they can do.

A particular challenge for the brain

In recognition of relatives and enemies, meets a special area in the visual cortex of the human brain (in the occipital part), where the neurons — detectors. These neurons form a network of hierarchically processing the visual information and storing images. If a few neurons die, the network will quickly find a replacement, and the system will continue to work.

Once in the room, the first thing people scans the area in search of a. Photons arrive on the retina and converted into electrical signals in the brain. There the image is decomposed into features, which then develops a holistic picture. In our memory retains images that he had seen before, and some a priori ideas about the world, so we are not surprised, coming to a new place or meet strangers.

All of these objects are known to us at the category level — table, the window, man. The only difference is in the details, color, sizes.

About the same constituted the nervous system of the frog, responsive programmed manner on the visual information. Small long rectangle amphibian perceive as a worm, and a large square will indicate to the predator that needs to be saved. To recognize relatives know how and fish.

Hundreds of signs instead of abstraction

In the development of neural networks programmers have taken the diagram of the brain.

Only instead of neurons — mathematical formulas that operate on numeric or logical values.

These neurons-the formula associated to the layers that receive input data and emit the result, and the layers in the network. The neural network contain tens and even hundreds of layers.

The facial recognition system consists of two parts. The first — network detector- receives a stream of images from the camera and determines whether there person. Set of people she delivers to the input of the neural network-identifier, which compares them with a database of those standards and say there’s coincidence or not.

Like the brain, the neural network operates with signs. But to describe them in familiar terms will not work. Round face, thin eyebrows, dark hair, parted to the left are abstract concepts which are formed after hierarchical analysis of visual signals. The real process of learning is much more complicated, it is based on the analysis of many small features. Also works, and artificial intelligence. Forehead it can be described using three characteristics.

“It’s hard to say which characteristics forms the neural network. She’s like a black box, open that and see how it works, is in itself a difficult theoretical task. Significantly we know that we have a mathematical model that converts the face image to the list of attributes. Sorting out the options, we change the structure of this model to improve the result,” says RIA Novosti Alexey Tsessarsky, Deputy General Director of the developer company “system, Videotek”.

Collapse and kogetsudai of the neural network is to convert an image into a set of signs. It does this using filters in the form of mathematical formulas.

Taken frame, usually about three by three pixels, and superimposed on the facial image. Next, nine pixels included in a frame, are replaced by one, for example, the most striking of them. Frame moves across the image, reducing it in three times. It is called convolution, and using the neural network — convolutional. With a set of thumbnail machine easier to operate. They eventually allow us to distinguish one person from another.

“As the filter you can only select red, the color of the top left corner of the frame. There are filters that produce good boundaries, finding horizontal lines. There are formulas that feature set make the mathematical conversion,” explains Tsessarsky.

Filter set, their sequence, the structure of the neural network is know — how, over which, in fact, fighting the developers.

To the network successfully recognized the face, it is necessary to train on a large database of images. It is a long process with many iterations. Depending on the database size and computing resources it takes weeks and months. Step by step, the system learns more and more accurate to recognize faces. Programmers only ensure that the feature vectors (the result of the neural network) was the most informative, allow for comparison.