The British government believes that a conversation between Minister of foreign Affairs of great Britain with the Russian pranker Vovan and Lexus is Moscow’s attempt to discredit the Kingdom in light of the situation with the “business Skripal”. 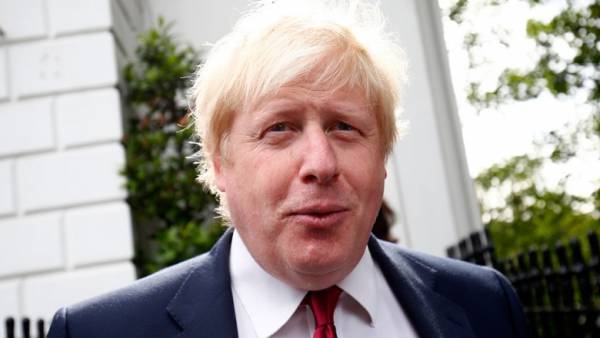 Two British official, who wished to remain anonymous, said such action, the Kremlin was planning to save face after the departure of the British agent and former employee of the Main intelligence Directorate (GRU) Sergei Skripal and his daughter Julia, according to Bloomberg.

The Deputy head of the British foreign Ministry in turn said that if it was Moscow’s attempt to make fun of London, it failed and only made the Russians look even more stupid. The representative of the Prime Minister Theresa may announced that the British authorities started checking to see how the culprit managed to get through. She also added that the investigation will help establish the circumstances of the call and is intended to ensure that in the future this will not happen, reports Reuters.

May 24 it became known that Johnson had 18-minute telephone conversation with Russian media, posing as the Prime Minister of Armenia Nikol Pashinian. The culprit is not the first time cast a foreign politicians. Earlier victims Kuznetsova and carpenter became CEO of the Organization for the prohibition of chemical weapons Ahmet üzümcü, U.S. Congresswoman Maxine waters and Senator John McCain. Your jokes Vova, and Lexus called civil intelligence. The media said that acting in the interests of the country and do not do propaganda.