U.S. Secretary of state spoke about the challenge to turn “Northern stream-2”

U.S. Secretary of state Mike Pompeo spoke about the task to prevent the supply of gas to Europe through the “Nord stream-2”. This entry was posted on the YouTube channel of the Committee on foreign Affairs U.S. house of representatives. 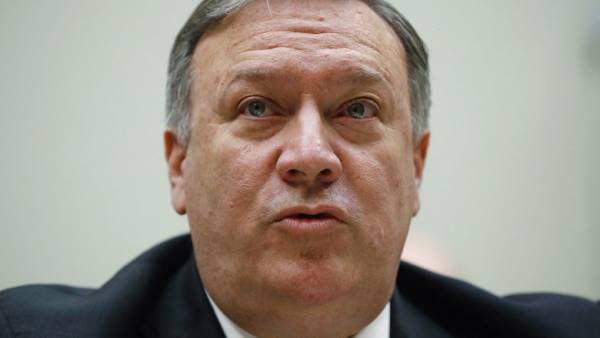 According to the head of American diplomacy, the EU is virtually unable to oppose Moscow because of the dependence on supplies of energy resources, and the United States see it as our task to provide the countries of the Old world other sources of gas, including through the Caucasus.

“We must continue to exert pressure to “Nord stream-2″ was not started. We cannot allow even greater the EU’s dependence on Russian gas. We should not allow the option, when Russia will be able to achieve their goals thanks to this relationship,” said Pompeo.

The Russian Embassy in Washington reacted to the speech of Pompeo. Diplomats pointed out that “the United States imposed on Europe its not competitive liquefied natural gas. Geopolitics is once again the most forthright manner intervenes in the economy, discreditied slogans on the diversification of supplies”.

The Embassy reminded that the current Republican idol Ronald Reagan also opposed the construction of the Soviet gas pipeline to Germany in the early 80-ies. His administration has imposed sanctions against companies that participated in this project. The rationale was the same — not to allow Russia to strengthen its influence on European allies. “Reagan had the wisdom to cancel its sanctions in a few years due to their complete meaninglessness. I hope the current administration will draw conclusions from the stories before” — summed up in the Embassy.