Biologists have discovered why living in space weakens muscles

MOSCOW, may 23 — RIA Novosti. Experiments in zero gravity helped the Japanese scientists to find the reason why the muscles of astronauts and cosmonauts gradually weaken during the life aboard the ISS. Their findings were published in the journal npj Microgravity. 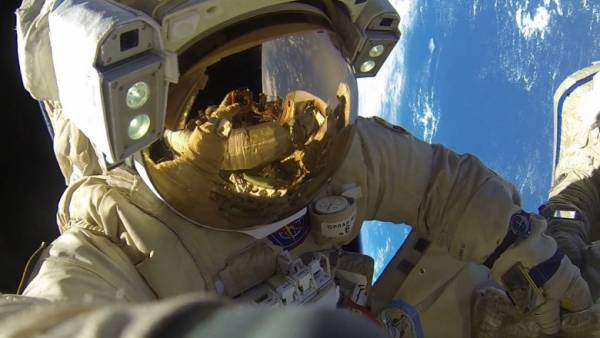 “Something similar happens with people who suffer from various age-related diseases of muscle such as sarcopenia. We have identified a number of genes such as Myod1, whose structure is particularly strong changes in such conditions. They can be used to combat muscle atrophy as the elderly and young people,” said Louis South (Louis Yuge) from the University of Hiroshima (Japan).

Russian and American scientists have been examining how life in space affects human health and the immune system of humans and animals.

For example, in 2015, they found out why many astronauts complain of visual problems in space, and why astronauts program “Apollo” occasionally fell and lost balance on the moon.

Last year, space doctors has revealed even more disturbing changes in humans and model animals while living in space.

In particular, it became clear that a long stay in weightlessness irrevocably weakens the muscles of the back and leads to “rounding” of the heart, and a mission to Mars could lead to a marked deterioration in intellectual abilities of astronauts because of the destructive action of cosmic rays on the brain.

To do this, scientists put the culture of muscle cells and their “pieces” in a special centrifuge inside of which there was a state of weightlessness, and kept them in the “laboratory space” throughout the week. After that biologists have compared the state of the cells and analysed has changed whether their DNA after such a “flight”.

As it turned out, their genome has indeed changed. Many of the genes associated with the transformation of the “pieces” of the muscles in adult muscle cells, covered with a special chemical labels that changed the nature of their work. Of the genes became less active, while others were unusually much to prove himself in the cells that drastically changed their fate.

These changes, as scholars have noted, led to the fact that the cells-“blank” almost completely ceased to turn into muscle fibers on day 2-3 of life in weightlessness.

This, as shown by further experiments, could have been avoided by introducing into the cells a substance that blocked the application of such labels on the DNA strand.

More secure versions of this drug, as noted by South and his colleagues, can help astronauts and cosmonauts not to lose shape during long expeditions in space. In addition, they can be used for treatment of age-related muscular degeneration and other diseases of the motor apparatus.