Alexei Kudrin: the chamber will affect the evaluation of each Minister

The new head of the accounting chamber on the priorities of the Ministry in the coming years. 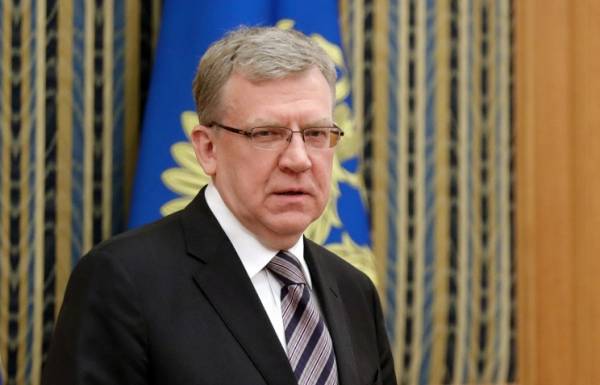 The state Duma voted for the appointment of the former Deputy Prime Minister and Finance Minister Alexei Kudrin, Chairman of the accounts chamber (SP) of the Russian Federation. TASS talked to the new head of the SP on the plans of the Department in the coming years, the KPIs of Ministers and the counter-sanctions and raising the retirement age.

You’re in recent years engaged in the development of a number of strategic programs, acted as a consistent advocate of accelerating structural reforms. As now your status of head of the accounting chamber will implement and enforce all these ideas that you have previously developed and promoted?

— I must say that basically the responsibility for the reforms lies with the government, to some extent — the administration of President due to the fact that the key helpers involved in their discussion and development. The chamber acts as a Supervisory body, its task set forth by law, to verify the fulfillment of the decrees and implementation of programs.

However, there is another very important function along with control and not only test, but also to develop proposals to remedy the situation that has developed during the budget process, the implementation of state programmes and so on.

I would in his work in the first place now would put the evaluation and formulation of opinions on the implementation of government programs and national goals.

— Tatyana Golikova, when the head of the audit chamber repeatedly performed with their criticism…

You’re right, we switched to the formation of the budget for public programs in 2013-2014. Strictly speaking, however, it is not only the institution of budgeting, but also a tool of economic management. And it has not gained effectively. If you wonder about what kind of state programs for the previous period is made in its characteristics, it is unlikely that you will find this information. That is, the achievement of the stated targets in key development programs of the country in fact is not appreciated and not monitored. And if society does not assess the achievement of the planned indicators, they will not effectively perform, and no one is responsible. Now when forming a government, someone remembered, someone from the Ministers which of their promises fulfilled, what KPI achieved? No it is not discussed and did not put a criterion on the basis of the work is not yet such a problem in the present.

— How the chamber could change the situation?

If the chamber will make an important move to ensure that the society knew exactly how to work each Minister and Ministry in the realization of their goals, commitments and KPIs, then we will make a great contribution to achieving strategic results.

— How can it be implemented?

Now the audit chamber has the authority for each statement of Ministers at the “government hour” in the State Duma to make his speech. I assure you, they will be run by the Ministers of the key indicators of government programs and ministries.

In his new position I would like to make such reports of the audit chamber would become public. Naturally, we will act carefully, objectively, there is no need for someone to “shove”. After all, what I’m talking about is strictly the function of the counting chamber. The law on the audit chamber said that it assesses the feasibility and effectiveness of implementation of strategic goals, state programs, and other strategic documents in Russia.

— These documents, a huge amount, there will be enough resources Agency, to all of them to perform and appreciate?

— Yeah, only at the Federal level, hundreds of strategic documents, and thousands if you take subjects and a lower level. Everyone has their strategies, they are often not linked together. Center for strategic research many of them have analyzed a number of our proposals in the field of public administration was reform of strategic management and planning in Russia. A lot more steps to do. I know that the government are thinking on this, and some of our suggestions will be used. But the chamber here is in a different role: in this assessment, the feasibility, the performance, we will influence the assessment of each Minister and performance by Ministers and the government of their targets.