The state Duma has appointed Kudrin Chairman of the accounting chamber

Moscow. May 22. INTERFAX.RU — the state Duma on representation of the President of Russia has appointed Alexei Kudrin to the position of Chairman of the accounts chamber of the Russian Federation. 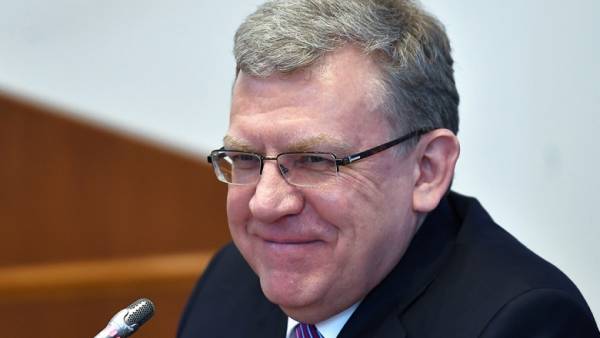 Candidate Kudrin suggested that the President of the faction “United Russia”. Besides it the head of state was the proposed candidate from the three opposition factions: the Communist party Deputy Yuriy Sinel’shchikova, from LDPR — auditor Maxim Rokhmistrov, from “Fair Russia” — the head of the Duma Committee on financial market Anatoly Aksakov.

The state Duma last week ahead of schedule stopped powers of the previous head of the audit chamber Tatyana Golikova.

Kudrin worked in the organs of state power for seven years, from 2011 — after a conflict with then occupied the post of President Dmitry Medvedev Kudrin was forced to resign as Deputy Prime Minister- Minister of Finance of the Russian Federation.

The chamber is the chief of financial control Department of the country, which is independent of government and accountable to Parliament. In accordance with the law “On the accounts chamber of the Russian Federation”, Chairman of the accounting chamber shall be appointed by the state Duma for a period of six years by the President.

See also: What Alexey Kudrin spoke about the chamber