And about Resguardo never heard 15% of Russians. 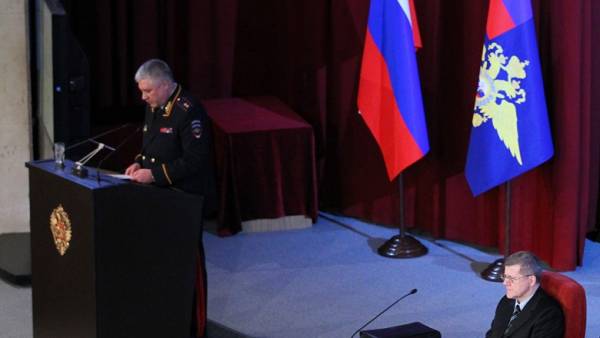 The main instance where the Russians are ready to go in case of violations of their rights, a Prosecutor, has found out VTSIOM: in the first place there would give the statement, 48% of participants of the national telephone survey and 67% of respondents sociologists, representatives of business. The second most popular among ordinary citizens, the law enforcement Agency was the Ministry of interior (21%), but the entrepreneurs must go to court: said that 53% of respondents, while the interior Ministry is ready to go only 24%. On the Investigative Committee and the FSB are remembered, respectively, 7% and 3% of the business. In turn among the citizens to entrust the protection of their rights the courts are willing only 14% of Russians, FSB — 11%, and the TFR — 9%.

Businessmen who have personal experience of applying to a law enforcement Agency, praised the accessibility of the Prosecutor’s office (3.99 points out of five possible) and courts (3.98 points). The most effective service requests via the Internet — in court (3.79 points), the interior Ministry, he does not pull even on three (2.54 points), police also slowest to react to the queries.

In the last instance both categories of respondents are willing to seek protection of rights in Resguardo and bailiffs — their ratings close to the level of statistical error.

The most famous leaders of law enforcement and criminal justice was also the Prosecutor General Yuri Chaika (his position accurately referred to as 28% of the participants of the national survey and 55% of respondents) and Minister of the interior Vladimir Kolokoltsev (28% and 53%, respectively). FSB Director Alexander Bortnikov recalled 22% of Russians and 43% of the business, while the place of work Director of the Federal service of national guard troops Viktor Zolotov correctly identified respectively 10% and 21%.

However, this is not surprising: 15% of participants in the nationwide survey confessed that the first time I heard of such a public authority as Asgardia. Among such businessmen — 6%.

The most recognizable is the judge President of the constitutional court Valery Zorkin, it know 9% of participants of the national survey and 25% entrepreneurs.

The Prosecutor’s office is really effective in favour of business, says the head of the Expert center under the Commissioner for the President on protection of entrepreneurs ‘ rights Anastasia Alekhnovich. She recalls that the Agency established an interdepartmental working group on protection of the rights of entrepreneurs, which only last year considered 154 the application in defence of the rights of business. And, for example, in the case of supervision of tariffs, the Prosecutor’s office in recent times operates much more efficiently FAS, said the multiplex.

Actually I understand why few people know about Regardie, says a member of the Council on human rights under the President Kirill Kabanov: the new office and even those who use the services of private security are not always aware of it too Regardie. And those who know, know: it’s about global security. It is understandable why the Prosecutor’s office in leading positions: we all understand that this oversight body, the competence of which covers a broad range of issues, in addition to prosecutors in the regions now occupied by a rather active position. The cautious attitude of entrepreneurs to MIA can be attributed to concerns related to high levels of corruption — and not to say that they are absolutely groundless. But the Russian entrepreneurs have learned to sue. In turn, the FSB, as follows from the analysis that the HRC held two years ago in conjunction with the office of the President on petitions, enjoys great popularity among residents of the regions older than 45 years are usually asked to send their appeal directly to the Prosecutor’s office and the FSB. Youth, of course, is better versed in the competence of the departments, explains the wild Boar.