Robot robot does not eat dog

The IMF assessed the impact of automation on the labor market. 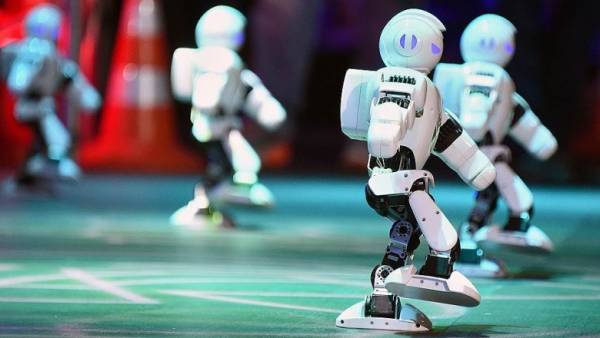 Automation is good for growth and bad for equality, said in a working paper of the International monetary Fund (IMF). Increased productivity due to robots in the short term leads to falling wages and a rising return on capital, both conventional and robotic assets. Further capital accumulation increases labor demand and leads to long-term real income growth, but this process may take more than half a century, and the peaceful coexistence of robots and humans should not wait, warns the IMF.

The IMF decided to perform short-term and long-term impact of robotics on output growth and income distribution. The study’s authors, Andrew Berg, Edward Buffy and Luis Felipe Zanna, I think robots are a special kind of capital, different from the traditional interchangeability with human labor. Unlike the neoclassical model in which the accumulation of traditional capital increases the demand for labor in an automated economy, this process leads to investments in robots.

In IMF consider four possible scenarios. In the framework of the basic model robots compete with humans in all operations, the second only in part of them, in the third — displace low-skilled labor, but increase the demand for professionals, the fourth is only used in one sector, whereas in all other production remains a derivative of the traditional labor and capital.

In all scenarios productivity gains through automation resulted in long-term growth of real income per capita in 30-240% even without any radical technological breakthroughs.

Investment in more sophisticated robots added to GDP only 6-16%, the rest of the increase was accounted for by the positive mutual effect of the accumulation of traditional and “robotic” capital. In the basic model, real incomes fell in the short term and grow over time when the growth of traditional capital has led to increased demand for labor and real wages. The duration of the transition phase depending on the conditions can range from 12 to 50+ years, that is to span several generations. The higher the elasticity of substitution between people and robots, the more short-term drop in revenue and higher long-term growth.

But full substitutability of long-term phase never came — the economy entered into a state of singularity, in which the productivity of robots run endogenous growth: the accumulation of both forms of capital can be continued infinitely, wages fell and remained at a low level, and the share of labor in income distribution tends to zero. It is possible that this is a consequence of the imperfection of the model authors.

All the other scenarios in the model also increases inequality, and the more GDP grew, the unevenness distributed income.

If robots replaced only low-skilled workers, inequality has grown stronger, but wages for blue-collar workers were lower than in the basic model (loss of 26-56%), and the prospects for their long-term growth is more uncertain, the proportion of workers in national income fell from 31% to 8-18%. These effects were less pronounced, if the robots replaced the men only partially, but the growth of the economy in this case was below. The predictions of theoptimist of peaceful coexistence of robots and humans do not stand up to scrutiny, the IMF said. Note, in all these works the assumptions of the models always interfere with the predictions for a long period (over ten years), but by itself the current wave of robotics meanwhile, economists predict was not.