Reuters: Penny said that USA is preparing for the trump and Kim Jong UN

NEW YORK, may 22. /TASS/. Vice-President Michael Pence declared that Washington does not lose optimism and continues preparations for the June 12 meeting of the President of Donald trump and the leader of the DPRK Kim Jong-UN. This was reported on Tuesday by Reuters. 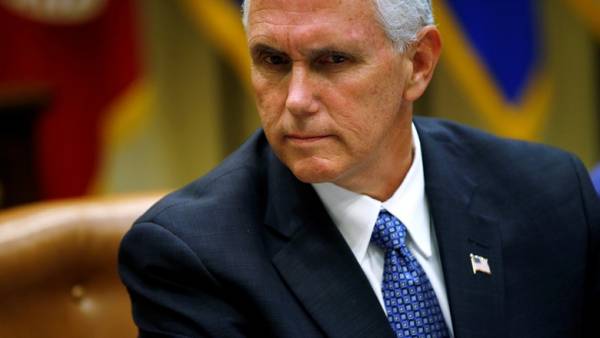 It is an excerpt from an interview with Penny the Fox News channel, which has not yet aired. “Plans for the summit continue to move forward. We remain open, we remain hopeful,” said Vice-President of the United States.

He reaffirmed the principled refusal of the administration to trump to go on any concessions to Pyongyang to negotiate at the highest level.

“Let me be clear: the policy of the United States of America has not changed. No concessions were not requested and not given,” assured Penny.

In an interview Monday he did not rule out that the head of the us administration in principle refuse to meet with North Korean leader Kim Jong-UN.

Trump earlier said that his meeting with Kim Jong-UN, which discussed the prospects for complete denuclearization of the Korean Peninsula, will be held in Singapore on June 12. However, on 16 may, first Deputy foreign Minister Kim Gye-Gwan said Pyongyang might not agree to participate in the summit with the United States, if Washington continues to demand the denuclearization of the Korean Peninsula unilaterally. The day before the North Korean authorities canceled high-level talks with Seoul for the beginning of the us-South Korean military air exercise Max Thunder.