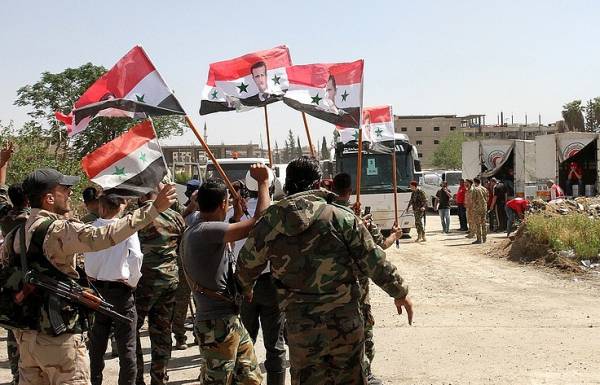 DAMASCUS, may 22. /TASS/. The Syrian government army completes the liberation of the region, Mukhayam al-Yarmouk in Damascus from militants of the terrorist organization “Islamic state” (banned in Russia). This was reported to journalists on Tuesday at the Russian Centre for reconciliation the warring parties in the Syrian Arab Republic.