Putin admitted that he can better learn at school

SOCHI, may 21 — RIA Novosti. The President of Russia Vladimir Putin admitted that could learn better in school, and noted the need to work on yourself. 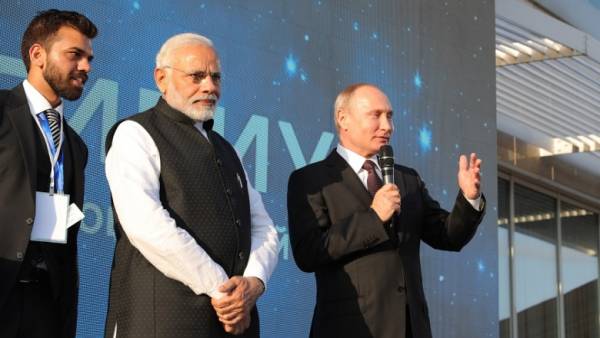 On Monday, the Russian leader and the Prime Minister of India Narendra modi met with students of the educational center “Sirius”. They took part in the closing ceremony of change.

While modi did a memorial after a visit to the centre, Putin asked whether he was in school.

“Could be better. Have to work on myself,” — said the head of state.

In addition, Putin and the head of the “Sirius” Elena Shmeleva held for modi small tour, during which he told the Indian guest the history of the center and shared future plans: the Prime Minister of India has shown the layouts already built a sports and science centre.