Pathology of lying, or Why would we lie

MOSCOW, may 22 — RIA Novosti, Alfia Enikeeva. The brain of those who used to lying works better and faster than those who cheat only from time to time. Moreover, the regular lie can affect the body: to change the level of hormones in the blood and suppress the activity of certain parts of the brain. Why nature encourages trick — in the material RIA Novosti. 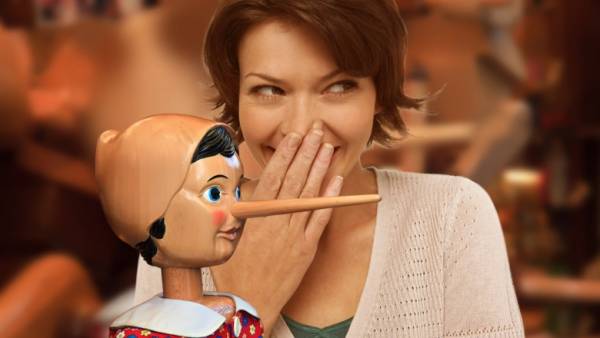 Deception in the animal world is common. For example, insect-stick insects pretending to be a branch in the hope that it will not notice the bird and not eat. Fish-angler with ellicia — glowing “fishing rod” — luring prey. Enclose cuckoo eggs in the nests of larks. All of this should be considered as mechanisms of adaptation that have arisen in the process of evolution, because natural selection promotes not only strength and agility, but the trick, says in his book “Evolution of communication in animals,” Stephen Nowicki, a biologist from Duke University (USA).

However, deliberate cheating with a multi-pass combination characteristic only for higher primates and humans, explains in “the Language ability of apes” Zoya Zorina, Professor of biological faculty of Moscow state University. For example, chimpanzees are able to subtly distract the other dogs from sources of food, and monkeys trained in languages to communicate with scientists, fooling them to get sweets.

Lies between the higher apes and human is an important difference: we use the second signal system — speech.

As he writes in the book “Lie to yourself. How deception helps us survive,” evolutionary biologist Robert Trivers, lying as a behavior evolved along with the language. She allowed the man to manipulate other people, without the use of physical force and thus win in the competition for resources and mates.

The theoretical assumptions of Trivers confirmed by functional magnetic resonance imaging (fMRI) showing the activity areas of the brain depending on the level of oxygen in the blood.

In 2002 scientists have established that for a lie, and answer the same parts of the brain that language, attention and decision-making.

When a man lies, in the brain most active prefrontal, and parietal associative motor cortical area of both hemispheres (often symmetrically). On the MRI you can see all the stages of lies, including pre — when the man is going to cheat.

Researchers from the Institute of human brain Russian Academy of Sciences consider that when you deliberate lies of the person triggered the so-called error detector — mechanism for the smooth functioning of the various parts of the brain, allowing not to mix the truth with deception. A lie requires additional voltage, resulting in enhanced interaction between the prefrontal cortex, responsible for decision-making and social behavior, and basal ganglia, associated, presumably, with consciousness.

The brain lying about a person is not only able to distinguish truth from deception, but also sort of true and false memories in different departments.

In the experiment, scientists from Duke University and the University of Daegu (South Korea), participants memorized a list of names of Pets, and then reproduced it, sometimes adding to the list of the pig that wasn’t there. When false recollection of the pig activated completely different areas of the brain. If the subjects were telling the truth, the greatest activity was shown by the temporal lobe that play an important role in the processes of memorizing and storage of information. When lying, activated anterior parietal lobe responsible for ability to understand the structure of the whole through the correlation of its parts, for example, that allows you to read and consider. 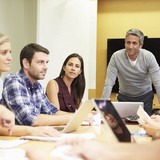 People prefer to lie, being in collectivistic the body reacts to a lie

If a person cheats, it changes the level of hormones in the blood increases the content of cortisol and testosterone. According to researchers at Harvard and Texas universities, testosterone is responsible for masculinity and muscle growth helps to get rid of fear of punishment, when cheating, and the high level of the stress hormone cortisol helps to relieve emotional tension.