MOSCOW, may 22 — RIA Novosti. The Commissioner for human rights in Russia Tatyana Moskalkova said the possibility of a personal visit to the Russians who are in American prisons. 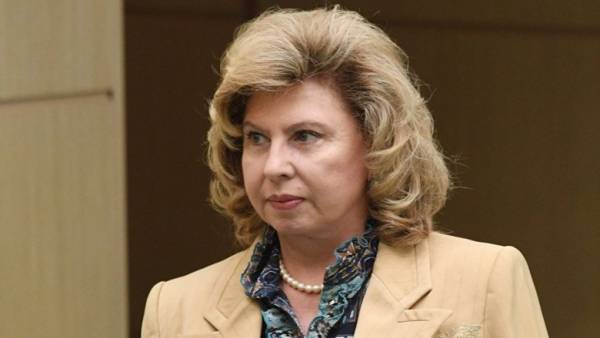 “It is very important to raise the issue of prisoners of Russian citizens in the United States… Important a constructive dialogue with USA, but unfortunately, they have no Ombudsman. In addition, in terms of changing the format of our Consulate need to think about the possibility of a trip to the US and a personal visit of the Russians,” — said Moskalkova in interview to the newspaper “Izvestia”.

She also said that earlier went about the Russians in Ukraine, who were not allowed to vote, and also regarding athletes who were banned from performing at the Olympics under the national flag.

“At the same time I receive a letter from the Secretary-General of the Council of Europe thorbjørn Jagland and the Secretary General of the UN Antonio Guterres, that my requests will be taken into consideration. However, while I have not felt a significant change in this regard,” — said Moskalkova.