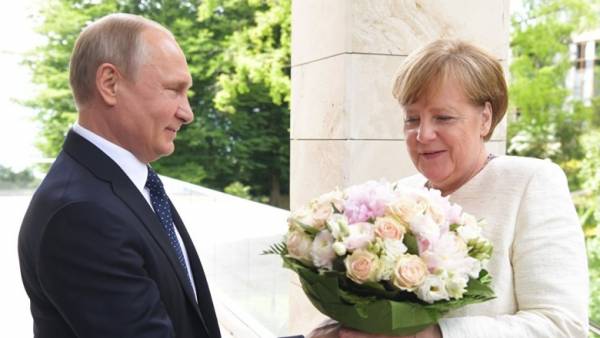 A telephone conversation took place on Monday, according to the Cabinet of Germany.

“The Chancellor informed President of Ukraine about her conversation with Russian President Vladimir Putin, which she held in Sochi on may 18” — reads the press service of the Cabinet.

“The Central topics of a telephone conversation began efforts to implement the Minsk agreements and gas transit through Ukraine. Both parties agreed to remain in close contact on these issues and to continue cooperation”, — stated in the message.

Putin on Friday held talks with German Chancellor Angela Merkel in Sochi. According to the Russian President, the conversation with Merkel was substantial and timely.