“United Russia” will not abandon the bear in the party symbols, said Deputy head of the political Department of the party Roman Romanov. 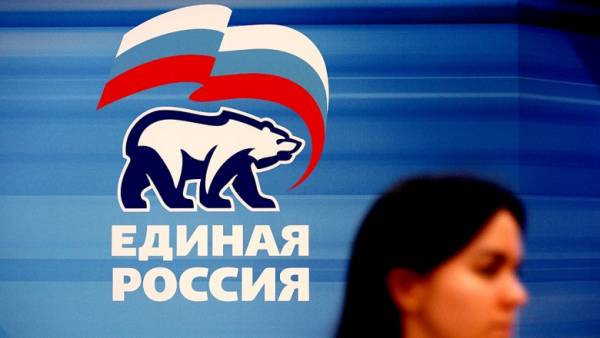 “The party believes that the party the bear will not give” — said Romanov, speaking at the party conference “the Direction of 2026” (quoted by “Interfax”).

At the conference of United Russia are set to discuss the updates and rebranding of the party. According to Romanov, a significant portion received from the regional offices proposals for the digitization activities of the “United Russia”.

In March, the Secretary of the General Council “United Russia” Andrey Turchak said that bear on the party symbols can “expand face-to-voter.” According to him, now bear the logo of United Russia looks static and he needs to give dynamics.

Going to the right white-blue bear on the symbolism of the “United Russia” appeared in 2005, before the bear was brown. “Combed, washed, dyed bear,” commented rebranding Sergei Shoigu, who was then the Minister of emergency situations.