“No sanctions are not eternal”

On the eve of visit to Russia the President of Bulgaria rumen Radev answered the questions of Kommersant. 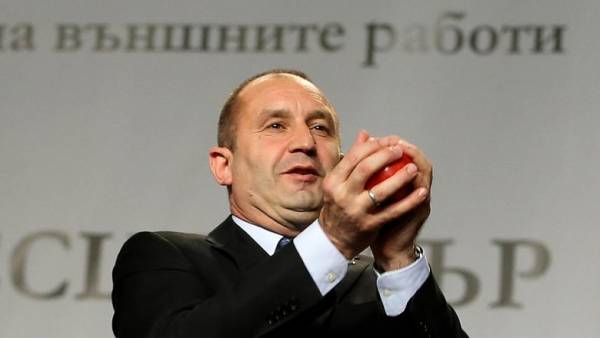 Today begins a two-day visit to Russia of the President of Bulgaria rumen Radeva. On Monday he will meet in Moscow with Russian Prime Minister Dmitry Medvedev, Tuesday in Sochi with his counterpart Vladimir Putin. On the eve of the visit, the President Radev in writing, answered questions of the correspondent of “Kommersant” Galina Dudina and Yuri Barsukov, assuring that sanctions are not the reason for freezing of relations, but just in case warned Moscow against interfering in Bulgarian domestic politics.

— What are you expecting from your visit to Russia?

— This is the first meeting of the presidents of Bulgaria and Russia for ten years. The long absence of dialogue at the highest level is not in the interests of our peoples, United by centuries-old spiritual and cultural ties. It should be noted that “public diplomacy”, communication between tourists, artists, professionals, journalists, cultural exchange and so never stopped.

The lack of political will and courage are always made up of historical and human intimacy.

It is important to restore confidence and to initiate concrete actions. In the second half of 2018, it is necessary to hold the next 16th session of the Bulgarian-Russian intergovernmental Commission on economic and scientific-technical cooperation. I expect that after the meeting of the presidents of the governments of our two countries will identify specific measures and projects in all areas.

— We have agreement in principle with the Russian President on his visit to Bulgaria in 2018, when we celebrate the 140 th anniversary of the end of the Russo-Turkish war and our liberation. But before the presidential election Mr. Putin, of course, could not assign a specific date. In Sochi I will resume him his invitation. I am sure that such a visit in the near future will create favorable conditions for deepening and expanding bilateral cooperation.

— In the conditions of intensifying dialogue between Russia and the West after events in Salisbury Bulgaria was one of the few countries which did not expel Russian diplomats, but only withdrew for a week Ambassador. As you explained the decision of your EU partners?

As the current Chairman of the Council of the European Union Bulgaria committed to a constructive and meaningful dialogue. Believe that this important decision was only possible in this complex situation, which requires a principled and far-sighted behavior.

— In the media appeared information about possible further extension of sanctions against Russia in connection with the situation in the Crimea. Will do Sophia?

— My attitude to the sanctions known. They are not a reason to freeze relations.

Moreover, I believe that free trade is more conducive to peace because it creates a relationship, the gap that no one is interested.

As for the restrictive measures of the EU against Russia, they are aimed at resolving the crisis in Ukraine. The lifting of sanctions associated with the full implementation by all parties of the Minsk agreements. Their implementation would restore trust between the European Union and Russia and therefore would contribute to further deepening and expanding bilateral Bulgarian-Russian cooperation.

The EU and Russia needs to answer the question, in what direction they want to build our relationship and how we deal with controversial issues — in a dialogue mode or abandoning him. In recent days, the dialogue intensified. A few days ago in Sochi was Chancellor Merkel, today, and tomorrow we will discuss the Bulgarian-Russian relations with Russian Prime Minister Medvedev and President Putin, and in the coming days will arrive in Russia and President of macron. I believe it is a promising speaker.

— Earlier you said that the Bulgarian side is “doing everything possible to simplify the visa regime for tourists from Russia” (interview to “Rossiyskaya Gazeta”, March 2018). About what measures there is a speech? And do you have expectations for the number of Russian tourists this year?

Tourism is one of the areas where Bulgaria needs no advertising. According to Russian data, our country is among the most popular tourist destinations, and this is natural — we offer excellent opportunities for sea, mountain and ski holidays, and our peoples share a common spiritual and cultural traditions. In Bulgaria also many places associated with the historical memory of the Liberation Russian-Turkish war of 1877-1878. More than 450 thousand Russian citizens bought properties in Bulgaria, mainly in seaside resorts. Bulgaria, like Russia, has already taken steps to simplify visa requirements and they bring good results.

In March of this year, your predecessor Rosen Plevneliev said that Russia is financing political parties and interfere in the internal Affairs of Bulgaria. You such a charge seems warranted?