Naryshkin announced a competition of works about the Russian participation in U.S. history

The Chairman of the Russian historical society (RIO) Sergey Naryshkin announced a competition of scientific research works about the participation of Russia in the development of state of the United States. 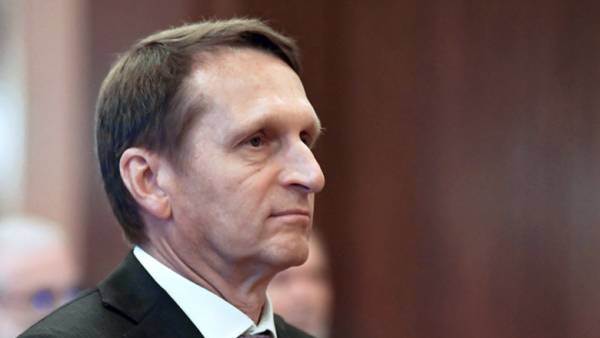 St. PETERSBURG, may 21 — RIA Novosti. “The Russian historical society announces a competition of research works on the history of Russia’s participation in the development of the American state,” said Naryshkin at the meeting of the Council offices RIO in St. Petersburg.

He recalled that this year marks the 200th birthday of the Russian Emperor Alexander II, who played a significant role in the formation of statehood in the United States. “During the civil war between the North and South of the Russian military ships of the squadron cruised in the West and East coast of the US, and thus kept the Northmen from the invasion of the French invaders. American society gratefully welcomed the help of Russian sailors,” — said Naryshkin.

He added that, unfortunately, not everyone in the US today remember the words of the writer Mark TWAIN, that “only a madman can imagine that America will ever break the loyalty of the friendship”.

Naryshkin said that US support Alexander II was not one of positive examples of Russian interference. He recalled that the Empress Catherine II supported the rebellion of the American colonists against great Britain. Naryshkin also said that the year of the separation of Americans from the British metropolis coincides with the year of accession of Crimea to Russia and added that such historical dates are useful to remember.