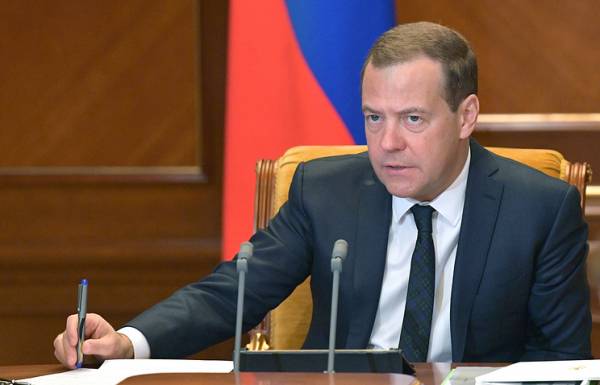 MOSCOW, may 21. /TASS/. Prime Minister of Russia Dmitry Medvedev said that in the near future will be signed a list of instructions for the implementation of the may decree of President Vladimir Putin.

“In the near future I will sign a list of instructions for its realization [of the may decree], the list is almost ready, which clearly defines the basic directions of work of the ministries, the responsibilities of Deputy Prime Ministers”, – said the Prime Minister at a meeting with his deputies.