Mathematics was replaced by the administrator

Presnensky district court of Moscow under the petition of the Main investigation Department of the Investigative Committee of Russia (GSU SKR) arrested a new person involved in resonant business about appeals to mass riots. 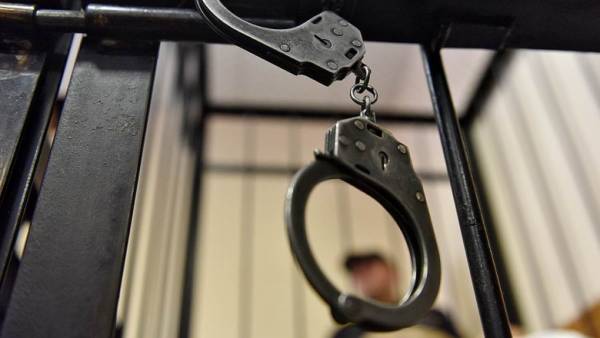 Stopping the prosecution of mathematics Dmitry Bogatov, the investigation began a native of Stavropol Vladislav Kuleshov. It is assumed that he was speaking in various forums under the name Airat Bashirov, offered to organize pogroms and arson.

As reported a press-the Secretary of Presnensky regional court Alexey Chernikov, having satisfied the petition of the GSM TFR in Moscow, the court before June 30, have arrested a 33-year-old native of Stavropol Vladislav Kuleshov. Database administrator-JSC “Energomer” Kuleshov was charged with committing crimes under part 2 of article 205.2 of the criminal code (public calls for terrorist activity, public justification of terrorism perpetrated using the Internet) and part 3 of article 212 of the criminal code (calls for mass riots or participation in them). Previously, he was judged one of the world courts of Stavropol for insulting a representative of authorities (article 319 of the criminal code).

According to investigators, Vladislav Kuleshov, who used the nickname Airat Bashirov, on the website Sysadmins.ru on 29 March last year, had publications in which experts and the investigation found signs of extremism.

They talked about the need to convene on 2 April of the same year, a new protest actions in Moscow (the first, March 26, ended in mass arrests of supporters of opposition leader Alexei Navalny). And this time its participants were offered to counter the law enforcement officers to use gasoline, Molotov cocktails, tires and foam.

We will note, earlier in the same articles was accused mathematician Dmitry Bogatov. His prosecution has caused a great resonance. However, more than a year investigating the case of Mr. Bogatov, in GSU SKR came to the conclusion that a mathematician, a supporter of free Internet, only provided access to the Internet, and this took the alleged extremist. In the end, the criminal case against Mr. Bogatov, which at the time of placing the disputed materials had an alibi and passed a polygraph test, which showed his innocence in the incident, was dismissed. For Vladimir Bulatovi recognized the right to rehabilitation.