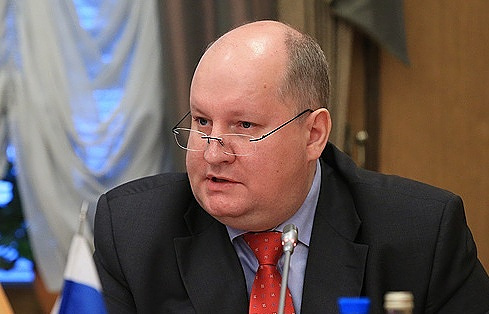 STAVROPOL, may 18. /TASS/. The appointment of Sergei Chebotarev, previously responsible for relations with foreign countries, the Minister of the Russian Federation for the North Caucasus shows the attention of the Russian government to the region and the importance of the district from the point of view of geopolitics. Interviewed by TASS, the experts and leaders of the North Caucasus regions expect new emphasis in the development of the district: in finding and supporting investors, and to protect the resort areas, as well as the development of relations with foreign partners.

Earlier it was reported that on Friday Vladimir Putin approved the new composition of the Cabinet of Ministers of Russia. As Minister for North Caucasus Affairs Lev Kuznetsov was replaced by Sergei Chebotaryov. According to open sources, he was Deputy head of the presidential administration for interregional and cultural relations with foreign countries. Before that, acting head of Minkowksi was Lev Kuznetsov, who headed the Agency from may 12, 2014.

The course for abroad

According to political scientist Arthur Atayev, appointing Chebotareva head of the Minkowksi speaks about the increased attention of the Federal center to the North Caucasus from the perspective of geopolitical considerations. According to him, this factor makes the appointment. “logical”. “As you know, he was responsible for the Georgian, Armenian, Azerbaijani direction and the South Ossetian and Abkhazian directions. The country’s leadership is aware that this is an important frontier region, and the border component in the geopolitical positioning of the North Caucasus is now obvious,” – said the expert.