MOSCOW, may 21. /TASS/. FSB stopped the activities of extremist groups in the Crimea, created by the assistant to the Deputy of the Verkhovna Rada of Ukraine. About TASS reported in the Center of public relations (TSOs) FSB. 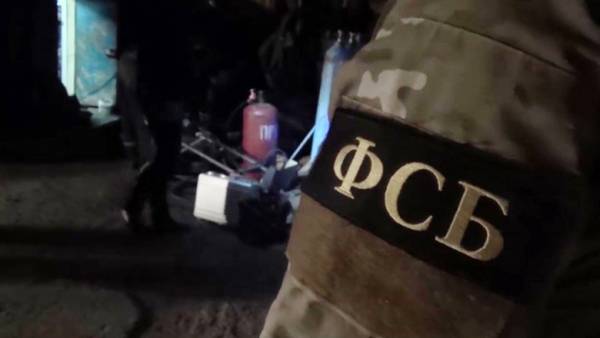 “The Federal security service jointly with the interior Ministry uncovered an extremist group created by Erol Valiyev — the assistant to the Deputy of the Verkhovna Rada of Ukraine M. Dzhemilev at the direction of the wanted leader of the banned in Russia, the Mejlis of the Crimean Tatar R. Chubarov with the support of SBU”, — reported in TSOs FSB.

The group, formed in Kharkiv, according to the FSB, in addition to Veliyev includes former athletes-boxers A. Steshenko, and A. Tretyakov.

Extremists planned the Commission of crimes on motives of political hatred in order to intimidate the Pro-Russian Crimean Tatars and escalation of ethnic tensions in the territory of the Republic of Crimea.TSOS FSB

According to Russian special services, in January 2018 the members of the extremist community with Molotov cocktails set fire to the house of the mufti of Crimea E. Ablaev, who made a significant contribution to the strengthening of national unity. “For every one held in Crimea action, they promised to pay $500,” — said in DSP. In April one of the members of extremist groups, but was revealed at the entrance to the territory of the Republic of Crimea, which was sent Valiyev to prepare and commit provocations ahead of the anniversary of the signing of the presidential decree “On measures to rehabilitate Armenian, Bulgarian, Greek, Crimean Tatar and German peoples and state support for their revival and development”. In fact the burning of the house of the MIA for the Republic of Crimea initiated a criminal case under part 2 of article 167 of the criminal code (“Intentional destruction or damage of property, committed publicly dangerous method”).