Dead head. As investigated, the largest terrorist attack in the history of the USSR

MOSCOW, may 18 — RIA Novosti, Artem Novoseltsev. The wreckage with the symbols of “Aeroflot” and the human body, scattered for ten miles in a deserted area near Chita — 45 years ago, may 18, 1973, a terrorist detonated a bomb aboard the airliner Tu-104A. 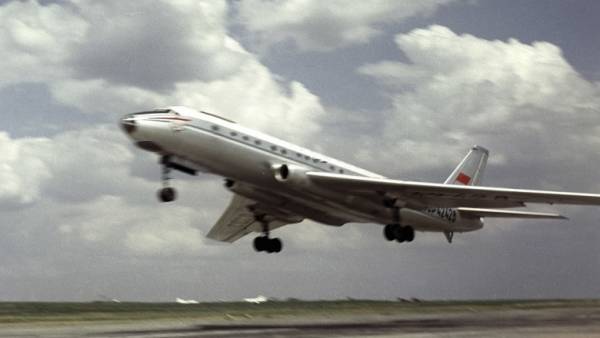 After several hours in the area of the disaster, which claimed the lives of 81 people, launched a massive search operation. However, the cause of the tragedy, the investigation was already known shortly before the death of the pilots reported to the ground on the attempted hijacking. On the bloodiest terrorist attack in Soviet history — in the material RIA Novosti.

On that day, the Tu-104A with the registration number of the USSR-42379 performed flight Moscow — Chelyabinsk — Novosibirsk — Irkutsk — Chita. On Board were 72 passengers and nine crew members. At 03:36, Moscow time, the aircraft commander Nikolai Obolensky reported to the ground that one of the passengers demands to change course. The Board also received a coded signal of danger. At this point the machine was at an altitude of 6600 meters.

After two minutes communication with crew has interrupted, mark of the aircraft on the radar screen split into several pieces and disappeared.

At 10:55 local time the wreckage, scattered over an area of ten hectares, was found by a search helicopter Mi-8.

The nature of the damaged aircraft confirmed the words of eyewitnesses of the disaster. “The explosion bezobolochnoe explosive (TNT), weighing five and a half to six pounds occurred in the area of the right of the escape hatch of the first cabin,” would later establish the Commission. However, the investigators first had to find out the identity of the terrorist and his possible accomplices, and to restore the chronology of events leading up to the tragedy.

The main rate, the investigators of the Prosecutor General of the USSR made on examination of the remains of passengers — according to their calculations, at the moment of detonation, the terrorist was supposed to be in the vicinity of the explosive device.

To investigate attracted forensics from Chita, Irkutsk and Ulan-Ude. Already on may 19 found the body of an alleged terrorist — the man of 30-35 years without hands and with a characteristic explosive damage.

The investigators had no doubt: weapons were used accompanied flight Lieutenant of militia Vladimir Hedgehogs. Despite the large area of the spread of debris and body parts, the gun Yejikova still found. In his cage were missing just two rounds.

According to investigators, the terrorist through the flight attendant handed the note to the crew. “Cab has received a request to modify a course, a warning signal included a flight engineer and said, “go into the cockpit and word will tell you where to go” — this was the last message Nicholas Obolenskogo Manager. At the conclusion of the forensic experts, at the time of death of the terrorist was on his feet, hands folded on his chest. Most likely, he went to the cockpit, holding the explosive device.

It was then that Lieutenant Hedgehogs and opened fire, fatally wounding the terrorist. Nevertheless, the bomb that he could detonate.

Exactly where the hijackers intended to fly the plane, has remained a mystery. According to the commander of the aircraft, a new course the criminal was going to tell the pilots personally, but to cabin it never came.

Presumably, the terrorist tried to hijack a plane in China.

It is the only country to which the Tu-104 could fly on the available fuel. In addition, Moscow and Beijing at that time was very strained relationship — apparently, the hijacker had hoped that the Chinese authorities will not hand him over to the USSR. “Chinese version” later will get other indirect evidence.

The identity of the offender was established hundreds of specialists. Security officers throughout the country studied cases fall under the description of the passengers of the flight and interviewed their relatives and friends. The forensics parts were collected mutilated the head of a terrorist to identify: the bones of the skull are held together with tires, pieces of leather were stitched with thin nylon thread. It is not known how eventually managed to identify the killer eighty people. According to one version, it recognized the cashier Irkutsk airport photo head. On the other — it is the result of operational activities of the KGB.

In the end it turned out that the Tu-104 blew up the 32-year-old native Kirovobad Genghis (Tengiz) Yunus oglu Rzayev. He is well versed in explosive devices here in the territory served “term” sapper. In addition, at one time worked in the road construction Department, where shortly before the attack lost several kilograms of explosives. During the search in the apartment of the terrorist found components of an explosive device and bomb designs.

A lot to say and a psychological portrait Rzayev. After the army he tried to enter the MGIMO — dreamt of becoming a diplomat. Thus, not only did not own foreign languages, but in Russian and expressed himself with difficulty. One of his buddies told investigators that the failure in the exams Rzayev took it as an insult. And in conversations, he repeatedly expressed a desire to move to China.

The number of victims of the Tu-104A under Chita — the largest terrorist attack in Soviet history. However, this was not the first hijacking.

Less than a month before the tragedy near Chita in Pulkovo airport crashed captured by the terrorist airliner Tu-104B. The explosion of a homemade bomb took the lives of two people. The pilots managed to land the damaged machine, which still burned. Only in the 1970s in the USSR were about thirty attempts of stealing of passenger planes.