Berlusconi called the Crimea the most beautiful part of Russia

MOSCOW, may 21 — RIA Novosti. Former Prime Minister and leader of the party “Forward, Italy” Silvio Berlusconi, speaking to his supporters, he remembered his trip to the Crimea. Video speech posted on YouTube. 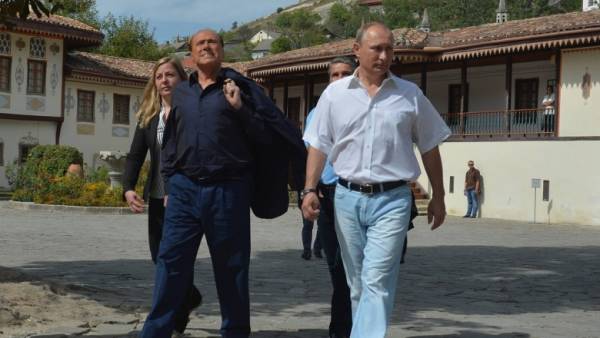 “I drove the car to the Crimea with Vladimir Putin on the coastal road of the Black sea. On the left, I saw an amazingly beautiful parks with lovely plants,” said Berlusconi.

He admitted that he was amazed by the beauty of the parks and asked about their history. The Russian President answered that they appeared seventy years ago under Joseph Stalin.

“This makes the region, and specifically this part of the Crimea, the most beautiful part of the territory of Russia”, — said the former Prime Minister of Italy.

Berlusconi did not elaborate on what kind of trip it is.

Italian politician has called for the Crimea with a private visit in September 2015. With Putin they visited Yalta, the factory “Massandra” and St. Vladimir’s Cathedral in Chersonesos. Former Italian Prime Minister then said that he hoped to pay another visit to the Peninsula.