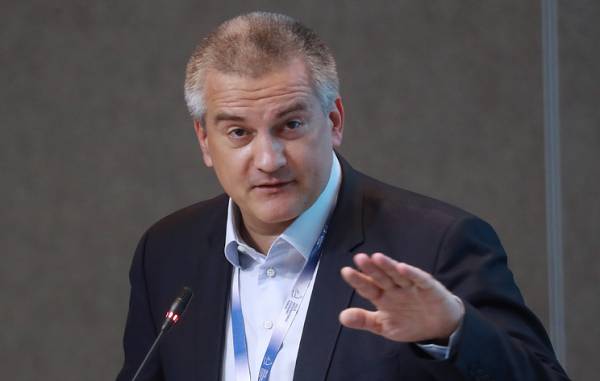 SIMFEROPOL, may 21. /TASS/. Destabilization of the situation in the Republic of Crimea is beneficial only to Ukraine, and she makes these attempts since the reunification of the Peninsula with Russia, said the head of the Crimea Sergey Aksenov on Monday, commenting on the suppression on the Peninsula activities of groups of extremists, created the assistant to the Deputy of the Verkhovna Rada.

Earlier it was reported that the FSB stopped the activities of extremist groups in the Crimea, created by Erol Valiyev – the assistant to the Deputy of the Verkhovna Rada of Ukraine Mustafa Jemilev at the direction of the wanted leader of the banned in Russia, the Mejlis of the Crimean Tatar people Refat Chubarov with the support of the SBU.

“There is no need to have the skills of Sherlock Holmes to know where the legs grow from the problems. Only the Ukraine today best to destabilize the situation in the Republic of Crimea, and they make awkward attempts throughout all four years, from the moment we got back to their historic Homeland”, – wrote Aksenov on his page in Facebook.