The rector said that he had given the command to close the entrance of the Church after the first shots. 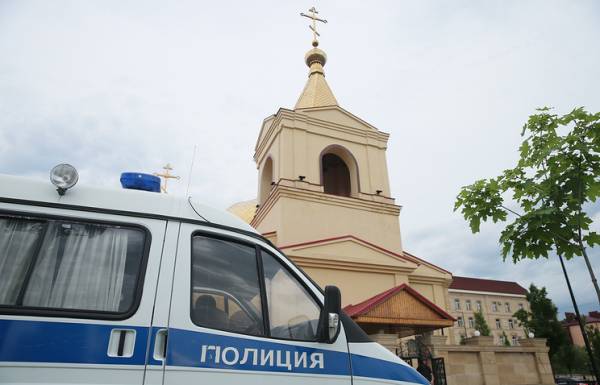 GROZNY, may 20. /TASS/. The rector of the Church of the Archangel Michael in the center of Grozny FR Abasov held the door of the Church together with the parishioners to keep out bandits. The details proizoshedshego Saturday attack father Sergius told TASS.

It was a normal Saturday service until the resurrection. The service went when I went out in the middle of the temple, after 10 minutes I heard the shots. We all realized that they [the mob] is now fit to the main door. I gave the command to close [the door] to those who stood near the door. They closed, but could not hold, because there are women, grandmothers were single male, I went over, held the door, they opened fire on the door.Father Sergei Absoulately of the Church of the Archangel Michael

According to him, was then wounded the doctor, who stood near the door and helped hold her.

“I at that time ran to another part of the temple, to the window that looks out at our house, where my children were, three children. They ran out, I opened the window, shouted that they came in, but the attackers opened fire on my wife who ran out, wanted to go in the house, but did not. He reloaded the gun and pointed at her. She ran into the dining room hiding in the basement, which saved her,” added the priest.

He also said that “the whole dining room, of course, shot through two walls and the third is already concrete, plaster repulsed.” “All doors have broken. From the shots hit Windows, walls, a tank for Holy water, a candle shop, icons, hurt even,” said Abasov. The rector added that no one had expected the attack on the temple could take place at the service, also in the Muslim Holy month of Ramadan.

The attack on the temple