MOSCOW, may 20 — RIA Novosti. The head of Chechnya Ramzan Kadyrov called upon “to translate arrows” on the terrorist group “Islamic state”* in the matter of the investigation into the attack in the Cathedral of Archangel Michael in Grozny. 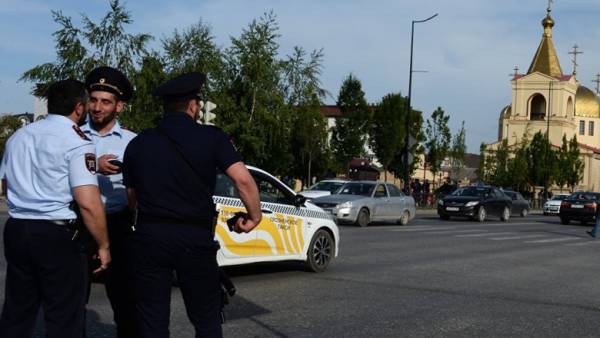 “Of course, blissco* state or what is left of it, triumphant, when he is credited with everything. Therefore, to translate the arrows on IG* means to steer the investigation away from the real patrons. Investigative work very actively, progress is being made,” wrote the head of the Republic in a Telegram.

At the same time, he noted, that does not preclude the involvement of the group in the incident, but the operational information, according to him, points to other customers.

On the eve of the four criminals tried to break into the Church of the Archangel Michael in the capital of the Chechen Republic. They intended to seize the temple and kill all who will be held hostage. The parishioners, however, managed to lock the door from the inside, which foiled the plans of the attackers.

Victims of the attack were two police officers guarding the Church, and one parishioner. Two militiamen were injured.

Bandits eliminated during the RAID. Their identity is established. As told the head of the Republic, two of the attackers lived in the village of geldagan near Grozny, the ringleader of the group was “a native of one of the neighboring regions.” According to Kadyrov, “there is operational information that the order fighters received from one of the Western countries”.