The wealth of the President: how has the income of Donald trump

The US President Donald trump has published a 92-page Declaration of income, which allows you to obtain the most complete view of how policies affect the state’s richest President in American history. 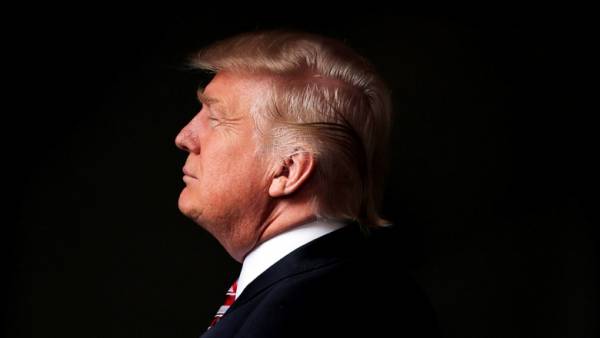 The trump hotel in Washington, on Pennsylvania Avenue, near the White house brought $40 million in revenue in its first full year of operation. Part of the funds was obtained during the inauguration of trump, when his supporters and business partners filled the hotel and paying up to $18 000 per night. For the first quarter of 2017, the hotel brought $18 million Then the demand has decreased, but revenue still Trump Organization amounted to $22 million for the remaining eight months of 2017.

One of the most valuable possessions of the President, the exclusive club Mar-a-Lago in Florida, in 2017, brought in $25 million This is less than in 2016: previous Declaration of income of trump, the President said that the revenue of the Mar-a-Lago from 1 January 2016 to 15 April 2017 amounted to $37 million

The most important Golf club, trump, Trump National Doral in Miami, also shows a decline of revenues in 2017, it was $75 million compared with $132 million in a Declaration last year. Adjusting the previous data, Forbes believes that the total revenue for 2016 is $90 million — 20% more in 2017. It is impossible to determine how successful it was Doral, or any other Golf club trump, because Golf is a seasonal business, and in the declarations does not contain accurate data on the revenues for the 2016 calendar year.

But in the new Declaration still has to be hooked.

It seems that revenue declined in the clubs trump attends most often in West palm beach, in Washington township and in Bedminster, new Jersey.

In West palm beach, minutes from Mar-a-Lago, trump’s business brought in $12.8 million of revenue last year, compared with $14.3 million a year earlier. National Golf club trump, near Washington, brought $12.7 million in 2017, compared to approximately $13.6 million in 2016. At the same time, the best results showed the clubs that trump had not visited since he became President. For example, revenue for the club in colts-Neck, new Jersey, increased by approximately 19%. Income grew by 7% in the trump club near Philadelphia, and 6% — in the valley of the Hudson river.

Before the President made a good profit on the use of its name on a variety of products, but this business is on the decline.

Two years ago, trump pointed out five licensed companies with revenues of more than $100,000. Today only one of these firms, business licensing in the field of furniture and home goods, brings in over $100 000. From Trump Marks Mattress LLC had an agreement with the mattress manufacturer Serta, the proceeds from which amounted to more than $1 million In 2017 it dropped below $100 000. Trump Marks LLC brought more than $100,000 thanks to a licensing agreement with a manufacturer of lighting equipment, but over the past year, royalties amounted to less than $2 500.

The impact of the first year of the presidential term, trump for his business, the licensing and management of hotels has been mixed.

Investors his hotel in Toronto removed his name from the building’s facade and perhaps a lot to pay for it. The total amount of payments in favor of Trump Toronto Hotel Management Corporation jumped from $560 000 to $2.3 million, according to the latest Declaration. Royalties in favor of the Trump Marks Punta del Este LLC, which addresses issues related to the licensing agreement of trump in Uruguay, too, has exceeded $1 million But the income from Trump Marks Istanbul II LLC, which is responsible for licensing in Turkey, is now less than one million dollars.

Revenue from the three firms which, in all probability, associated with the trump hotel in Chicago fell from $4.2 million to $3.3 million And Trump Panama Hotel Management LLC, associated with the transaction in Panama, reported revenue of $460 000 — for comparison, before was $810 000. Earlier this year, after gathering information for the last trump Declaration, investors of the project also removed the trump name from his building.