The finishing touches to the wedding: father Megan will replace Prince Charles and the cake no replacement

On Friday, the day before the wedding, Megan’s mother must first be brought before Queen Elizabeth. And to the altar instead of her father Megan will lead the other next kin, the father of the groom Prince Charles. 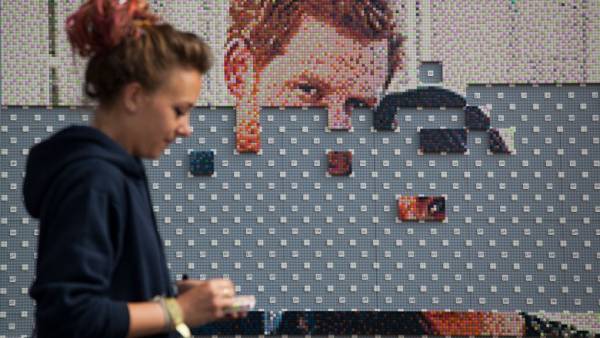 In Britain, last-minute preparations before the wedding, the 33-year-old Prince Harry and a 36-year-old Megan Markle, which will take place on Saturday.

On Friday, the mother of the bride Doria Ragland will have his first meeting with Queen Elizabeth at Windsor castle in the presence of his daughter and future son-in-law.

With some members of the Windsor family she had already met, for example, with Prince Charles and Prince William.

On Friday morning it became known — after several days of uncertainty, that Prince Charles, future father-in-law, will lead Megan down the aisle because now it is known that her father to the wedding will not come.

The day before, on Thursday, the bride issued a statement in which it confirmed that her father will not come to the wedding, and expressed the hope that it will not disturb [the press] and will allow to improve failing health.

After a conversation on Wednesday with her father Megan the reporter said that he “feels good” and “restores forces after back surgery.”

The pain in his chest intensified because of emotional strain, which he was. When the doctors told him he needed surgery, he decided it was better to follow their advice, even though he wanted to be in Windsor with Megan.Sean Mandellaras

“He definitely feels that it has formed a wrong opinion — said Mundell. — So he decided to say something, when I contacted him”.

And what about the cake?

Meanwhile it became known the details of how it will look in the wedding cake.

Pastry chef Claire Patek said he will be available is not quite in the traditional way — specially trained “installation”.

And imagine it going sponge cakes soaked in syrup of lemon and elderberry, with the protein butter cream, which is called Swiss meringue.

It serves 600 guests after the wedding during the afternoon reception, which will take place at Windsor castle.

Of Patek, who owns Violet Bakery pastry shop, located in London’s East end, described his product as “a slight deviation from tradition.”

She was preparing him for five days with a team of six people in the kitchen of Buckingham Palace.